Restaurant Gift Cards Could Ultimately Be Bad for Business 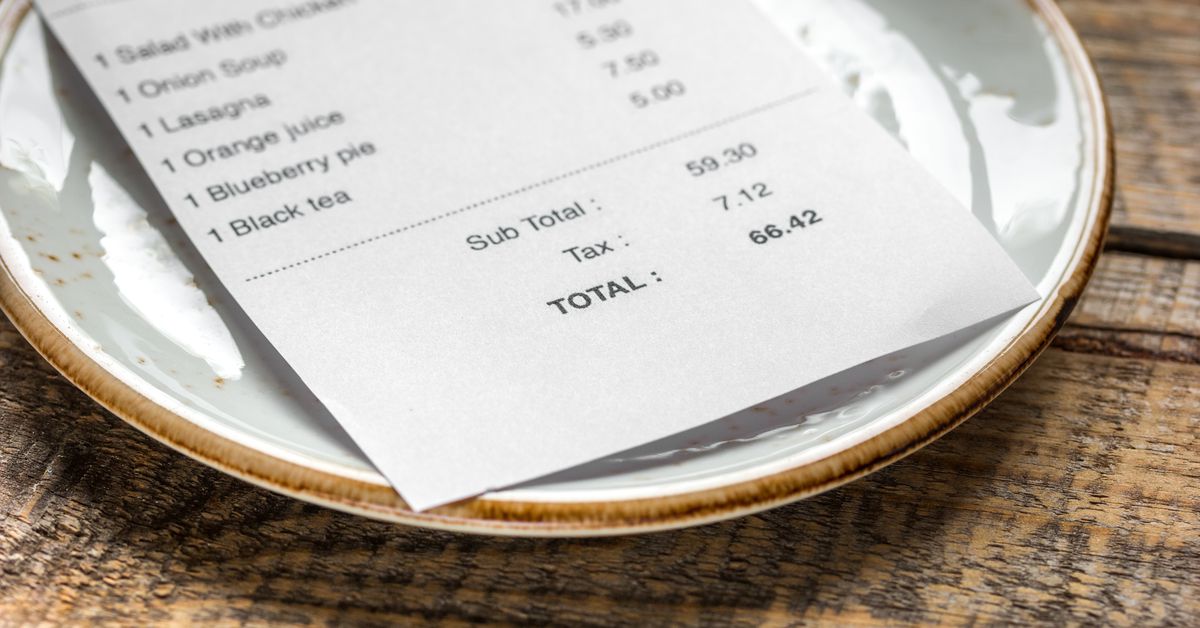 Everything was still more or less normal in San Francisco when Reem Assil opened a second location of her bakery, Reem’s California, in early March. Just a week later, San Francisco issued a shelter-in-place order in response to the coronavirus pandemic — a necessary precaution that, for Assil, led to a devastating drop in sales when she needed them most. “We had to figure out, originally, how to go from one to two locations,” Assil tells Eater. “And then it was how to save two locations in different ways.”

Assil initially encouraged her customers, especially regulars who frequented the bakery’s Oakland location, to purchase gift cards to keep both bakeries afloat. “The gift card strategy made sense for us in the beginning, because we know our business thrives off the regulars that go there,” she says.

Facing massive losses in foot traffic and sales, restaurateurs across the country have turned to gift cards as an emergency stopgap measure. For customers who miss their favorite restaurants, buying a gift card is a way of showing support for local businesses without getting anything in return — at least for now. Well-meaning volunteers have compiled lists of restaurants offering gift cards to make up for lost revenue; companies have made headlines for purchasing tens — or hundreds — of thousands of dollars in restaurant gift cards and distributing them to their employees. But as some cities even gear up to reopen in the coming weeks, Assil and others in her position are quickly discovering the limitations of the gift card strategy.

“There’s only so much cash flow you can get from gift cards,” Assil says. Initially, gift card sales brought in $500 to $1,000 a day, but that revenue quickly plateaued. “We need that money now for the cash flow, but we’ll also need it when we reopen our doors at a full capacity and have to rehire folks and get all that up and running.”

Gift cards essentially function as no-interest microloans — small low-interest loans, usually considered a form of philanthropy. Instead of traditional banks or nonprofit creditors, though, pandemic gift cards serve as loans from customers to restaurant owners. Those loans come due whenever social-distancing measures are relaxed and a customer elects to redeem. In the short term, gift cards can be lifesaving for cash-strapped restaurants: They can drive enough revenue to close out a payroll cycle or be used toward rent. Gift cards may give restaurant owners an immediate sense of security, but ultimately, they could also mean less cash flow down the road — especially once restaurants reopen and people decide to redeem the gift cards they purchased. For restaurant owners looking to reopen their doors in a depressed economy, and after months of financial strain, the “interest” on these loans can be steep.

“People’s incomes and livelihoods are all over the place,” Valeria Taylor, the owner of Loba Pastry and Coffee in Chicago, told Eater. “We’re kind of a luxury item — coffee and pastry are not necessities. That’s what makes it a grim outlook at the end of this.”

After Illinois instituted a shelter-in-place order, Taylor closed up shop for two weeks despite her bakery being considered an essential business. The goal was to reevaluate how to stay open in the long run, she says, and she initially encouraged customers to purchase gift cards to help keep the business afloat. “I didn’t know how long I was going to be closed. The way I explained it to people was that the gift cards were going to be helpful — they were an immediate Band-Aid,” she says. “They were going to help me finish a regular payroll period for now and have something to look forward to in the future.”

Taylor says the gift cards helped her make payroll while the bakery was closed, but she stopped promoting them after just one day. Part of the problem was that she didn’t have a pre-existing gift card infrastructure. Instead, customers sent her the funds via Venmo. “I don’t really do gift cards regularly,” she says. “The gift cards that we had, they were just gift certificates we would write in.”

There’s also the issue of staying open for much longer. Most of the bakery’s income came from regulars — people who would pick up a coffee and pastry on their way to work in the mornings. Now that everyone is either working from home or completely out of work, that customer base has dried up. “I didn’t promote [the gift cards] after the first time I posted on Instagram because I was very uncertain about the future of the shop altogether,” Taylor says. “A gift card is almost like a promise that we will be open again, and I don’t know if that’s going to happen. We’re open for now, but I don’t think this is over — and there’s no guarantee we’re going to survive this if no aid is given to us.”

People who want to support their favorite restaurants by buying gift cards may be out of luck if the business ends up closing for good, and restaurant owners may not want to take the risk of angering their former customers by selling gift cards they don’t know they’ll be able to fulfill given the circumstances. A 2010 consumer protection rule imposed limits on gift card fees and expiration dates, but customers have little recourse if the restaurant or business that issues their gift card shuts down altogether.

Small local chains are also feeling the squeeze. Jason Wang, the CEO of New York City mainstay Xi’an Famous Foods, told Eater the government solutions proposed thus far — including low- or no-interest loans — have been lacking. “[W]hat’s lost is lost, it’s not like we in the restaurant industry can get back the lost sales that we missed ever. That time has passed, and we will forever carry the lull on our financials,” Wang said via email.

Xi’an isn’t offering gift cards at all, Wang said, because it doesn’t have an active gift card system, “nor any staff to implement one.” Instead, the chain has come up with other ways to raise revenue, including selling its chile oil packs online. Wang said Xi’an sold $27,000 worth of chile oil packs the first weekend alone, $8,000 of which covered shipping. The chain will soon roll out “a limited release of noodle meal-kits” so people can recreate its dishes in their homes, he said.

Assil, too, has come up with new ways to keep her restaurants afloat as the pandemic continues. Reem’s has begun selling merch, and the bakery’s Oakland location has fully shifted to a commissary kitchen model, where nonprofit organizations like World Central Kitchen order meals in bulk and distribute them to people in need. Though the commissary kitchen meals are being sold more or less at cost, the partnership is providing enough revenue to keep some people working. The merch, meanwhile, is a more secure source of cash flow than gift cards. The costs are both fixed and up-front: restaurant owners have to pay for supplies and, in some cases, shipping, but there are no additional expenses down the line. The bakery’s San Francisco location has also introduced new menu items designed by employees, with the profits benefiting the businesses’ employee relief fund.

“We’re brainstorming other strategies beyond gift cards that don’t rely on this existing model,” Assil says. “Because it’s like, we don’t know what’s going to happen at the end of this. We hit this sobering reality check somewhere in the middle of all this that we may not go back to the way things were, and pretending that it’s going to be business as usual after this doesn’t feel like a very sustainable way of galvanizing support.”

Still, other restaurant owners have embraced gift cards, even though they acknowledge they aren’t a cure-all. “It’s not a lasting solution — it’s just one thing we can do,” says Ravi Kapur, the chief owner of Liholiho Yacht Club in San Francisco. “Yes, it’s not perfect. If everybody came in the day we opened and the only guests in the gift cards restaurant were using gift cards, yeah, that’d be an issue. But we’re not planning for that to happen.”

Kapur says Liholiho had high gift card sales even before the pandemic and saw a surge immediately after San Francisco’s shelter-in-place order was announced in mid-March. The restaurant is currently offering customers 25 percent off all gift cards.

For Kapur, gift card sales are both practical and symbolic. “It showed that people wanted to support in some way and didn’t know how,” he says. Once the restaurant does reopen, the funds brought in by the gift cards will serve as initial runway. But ultimately, they’re a show of goodwill that will help keep his restaurant on “life support.”

Assil agrees. “It’s more symbolic than anything else, people buying gift cards,” she says. They bring in much-needed cash flow, but they’re more of a sign that a restaurant has a dedicated following than a guaranteed source of income in a worsening economic climate.

“The gift cards are not going to save us,” Kapur says. “When we come out on the other side of this, in some form, we’re not going to be like, ‘Wow, we’re in such a good position because of the gift cards sales.’ It’s like, ‘We’re not in a worse-off position.’”

Gaby Del Valle is a freelance reporter who primarily covers immigration and labor. Her work has appeared in Vox, The Nation, The Baffler, and other publications. She’s the co-founder of BORDER/LINES, a weekly newsletter about immigration policy.