Oktoberfest Is Officially Canceled, Thanks to Coronavirus 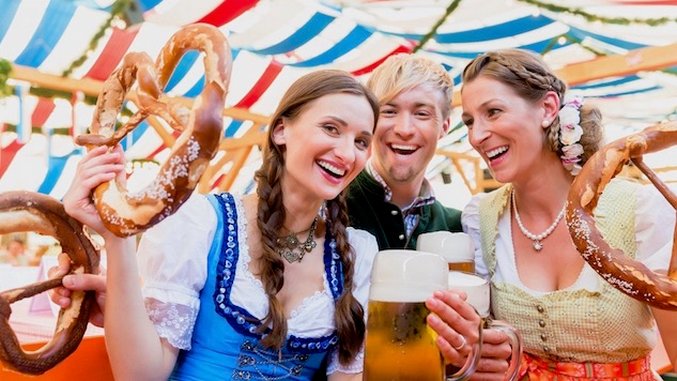 Germany’s Oktoberfest, the largest and best known beer festival in the world, has become the latest victim of the novel coronavirus pandemic. Although organizers had hoped that the festival’s autumn start date might allow it to proceed in at least a reduced capacity, word has come down today from Batavia’s state premier: The festival won’t be happening, even if it wasn’t meant to begin until Sept. 19.

“Based on the current situation, I can not imagine that such a large event would even be possible at that time,” said Markus Söder in a statement to journalists, adding that the decision had been made in unison with the mayor of Munich, where the festival is held. Every year, Oktoberfest typically draws upward of 6 million people to the German city, meaning that the cancellation of Oktoberfest will no doubt have absolutely devastating effects for the city’s economy.

Germany’s current quarantine includes a ban on major public events that lasts until Aug. 31, 2020, which had given some organizers and beer fans hope that the Sept. 19 date of Oktoberfest would still fall outside the window. It only seems natural, however, that an event with millions of people probably shouldn’t be held only weeks after the easing of those social distancing restrictions.

The festival’s vendors responded to this increasing possibility by suggesting the idea of a “mini-Oktoberfest” that would be held only for the residents of Munich, but the impossibility of policing that kind of event and restricting it only to locals made the idea blatantly impossible. Munich city officials should likely be commended for making the hard choice in the name of public health, even though the cancellation of Oktoberfest will no doubt be a massive blow to the local beer and hospitality industries.

In the meantime, it will be interesting to see what social distancing variations on traditional Oktoberfest celebrations will inevitably arise in lieu of the official festival.