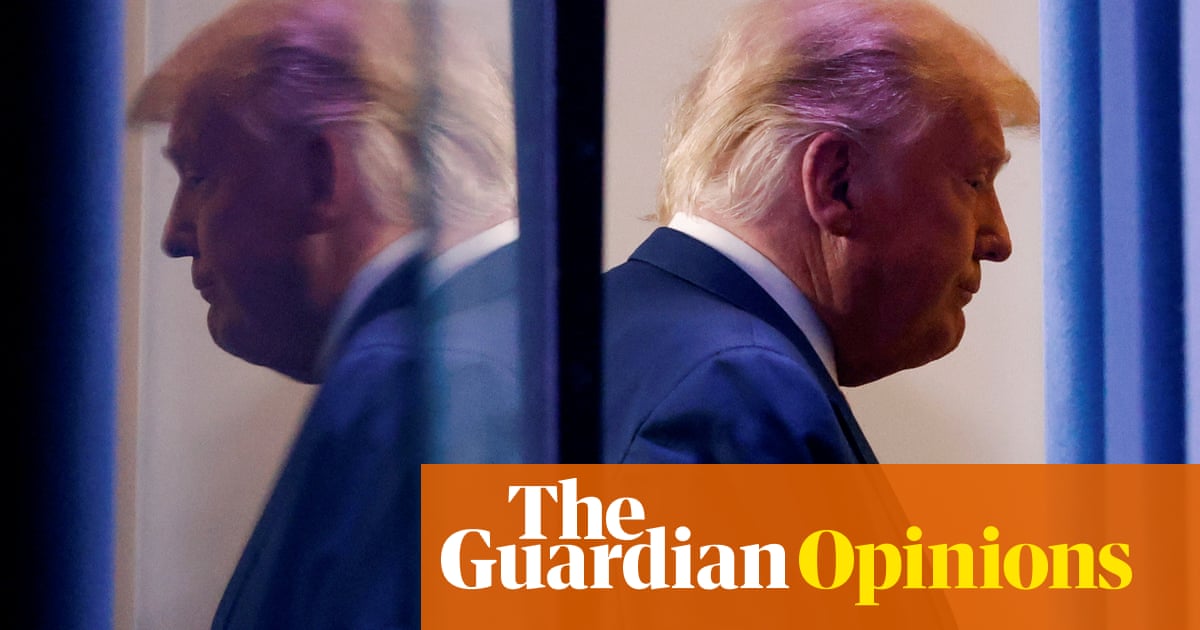 It seemed like a desperate last stand from a fearful strongman who can feel power slipping inexorably away.

The US president on Thursday returned to the White House briefing room, scene of past triumphs such as that time he proposed bleach as a cure for coronavirus and that other time he condemned QAnon with the words “They like me”.

Trump offered a downright dangerous and dishonest take on this week’s election that current vote counting trends suggest he will lose. It was possibly an attempt to intimidate and deter TV networks from declaring a winner in the next few hours.

It also risked inciting protests and violence from supporters encouraged to view Joe Biden as an illegitimate president-elect.

Sombre and downbeat, Trump made false claims from a prepared statement ( is that better or worse than ad-libbing lies?)

It was a bold, dramatic claim with massive implications and absolutely no foundation.

Having often dismissed the significance of Vladmir Putin’s hackers’ meddling four years ago, Trump implied that opinion polls are a more sinister threat.

“Media polling was election interference, in the truest sense of that word by powerful special interests,” he said. “These really phony polls … were designed to keep our voters at home, create the illusion of momentum for Mr Biden and diminish Republicans’ ability to raise funds. They were what’s called suppression polls.”

Chris Murphy, a Democratic senator from Connecticut, tweeted: “This is just extraordinary. It’s a lie every 5 second. Not small lies either. Just nuclear grade whoppers.”

The president went on to throw in some racism for good measure, targeting Philadelphia and Detroit, both African American majority cities in the battlegrounds Pennsylvania and Michigan respectively.

“They’re trying to rig an election, and we can’t let that happen,” he said. “Detroit and Philadelphia – known as two of the most corrupt political places anywhere in our country.”

The man who, during his property developing career, perfected the dark art of “truthful hyperbole” sounded a wholly unrealistic note. “We think we will win the election very easily.

“We think there’s going to a lot of litigation because we have so much evidence, so much proof, and it’s going to end up perhaps at the highest court in the land… We can’t have an election stolen like this.”

In a circular argument, he claimed he had predicted this debacle all along: in effect, his old lies were proof of his new ones. Gesturing towards the press, he said: “I have been talking about this for many months with all of you and I’ve said very strongly that mail-in ballots are going to be a disaster … We’re hearing stories that are horror stories.”

He was done after 16 minutes and walked from the podium, ignoring a loud barrage of questions. To the simplest of all, “where’s the evidence?”, he clearly had no answer.

No one can accuse Trump of failing to rise to the big occasion. This was a record-breaking performance by the liar-in-chief. Daniel Dale, a fact checker at CNN, wrote on Twitter: “I’ve read or watched all of Trump’s speeches since 2016. This is the most dishonest speech he has ever given.”

Perhaps the bogus claims of fraud will eventually allow Trump to quietly slip away while saving face, contending that he would have won reelection but for cheating establishment forces beyond his control.

He used to promise his supporters: We’re going to win so much, you’ll be sick and tired of winning. Not half as much as he is unable to contemplate the reality of losing.