Right about a year ago, after learning that the Upstate Music Awards was going to be a thing, I wondered what that looked like. Who would be nominated, would the most deserving candidates win, would it be a diverse assortment of genres, and would people come out to see it, were just a few of the questions I considered in the early stages of the process. Radio Room partner and UMA co-founder Wes Gilliam telling me that I might be asked to emcee the event was really the furthest thing from my mind. 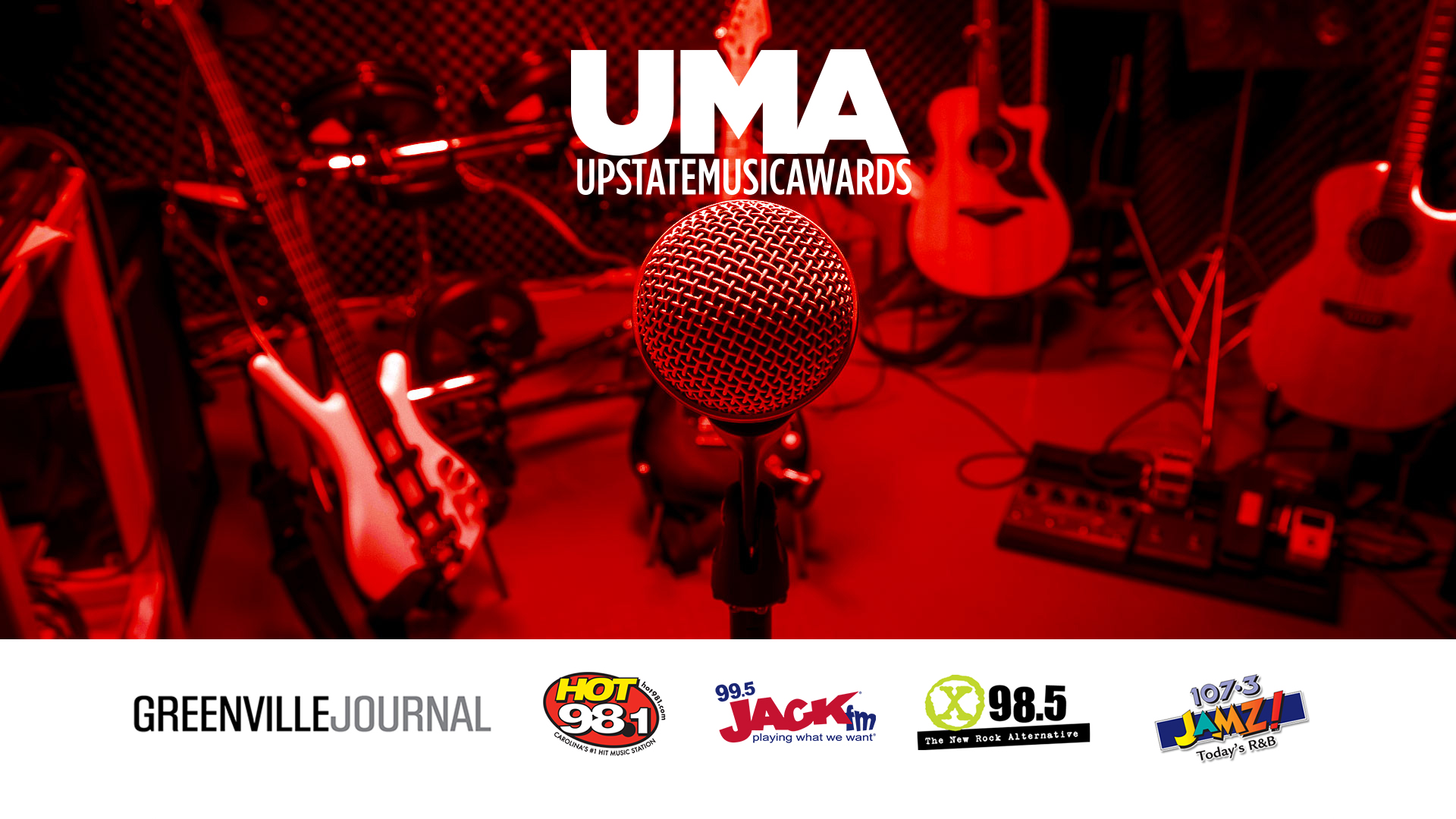 Fast forward to that night in March (shortly before the big fecal matter of 2020 officially hit the fan) and all my questions had been answered. UMA website traffic and votes cast crossed well past the six-figure mark.  Contenders included names and genres I had not even heard of – humbling to say the least as a local music writer. Finally, moments before stepping out in front of a crowd of roughly 500 people, I realized two things… The first was that I had never stepped foot in front of a crowd this large and I might vomit out of sheer anxiety before stepping to the lectern. More importantly, the second was that support for the local music scene was stronger than I imagined as a beautiful conglomeration of artists, promoters, venue owners, and fans had come out to support this thing in grand fashion. I have spent plenty of literal and digital ink singing the praises of the Upstate music scene over the years but on that night, the scene showed up in full force and spoke for itself better than I ever could dream of.

I tell you all this now because the Second Annual Upstate Music Awards season is officially upon us. Sure, the actual ceremony is still months away, with final dates and pandemic protocol still yet to be determined, but this much we know: There will be a Second Annual UMAs, it will be conducted as safely, responsibly, and (maybe) virtually as possible, and your voice and contribution is kindly requested now.

The talented minds behind the UMAs – The Radio Room’s Wes Gilliam, Future Chord Productions’ Jeremy Theall, and Greenville Journal’s Vincent Harris – have developed an engaging and diplomatic system for selecting UMA nominees, finalists, and ultimate winners. Nominations are open to the public now through December 21 with every local music lover and artist in the 864 area code invited to submit their favorite artists in each category. Official voting runs from January 4 – 25, finalists will be announced in early February, and the winners will be announced on the big night, hopefully in early March just like last year. All of this is the reason I say that the UMAs are a “season” rather than a singular event, as there is interactive participation by the Upstate as a whole from now until February when the anticipation for the actual event really begins.

I will be using this space to remind you of the dates ahead with some regularity but, for now, here is all you need to do… Go to the UMA website. Click on a category. Nominate who you like. Do you like more than one artist for Best Single in 2020? Put them all down. Nominations are limitless for now with voting in the next round helping to pare things down in the selection process.

Finally, in full transparency, I say all this as a committee member of this year’s UMAs. In addition to UMA heads Gilliam, Theall, and Harris, this group is rounded out by Grandma’s House’s Andrew Kemmis, X95FM’s Assistant Program Director Shantell, and Spinning Jenny co-owner Sharon Murry. All of that adds up to me being the least talented and accomplished member of the committee and I have never been more okay with such a scenario than I am right now. This is a great group of folks doing big things for and with the local community and I am just humbled to be a part of it. The big election might be over but this one is going to be way more fun for all parties involved…