Brendan Frazier didn’t have a boat growing up, but his grandfather did, and Frazier jumped at any opportunity to get out on the water with him. His new business, HydroShare, which launched on March 1, was designed to let everyone get a taste of boating life — without having to make a major purchase.

HydroShare (hydroshare.com) is a watercraft-sharing community that works much like Airbnb, but with watercraft instead of homes. Boats, kayaks, yachts, paddleboards, canoes — renters can search online and find just what they want and rent for the afternoon or a few weeks. “My mission is to establish the world’s premier watercraft-sharing community by making the simplest, most secure and insured platform for aquatic asset sharing,” Frazier says.

Inspiration struck when Frazier and a friend were thinking how fun it would be to rent a neighbor’s water scooter for the afternoon. It would benefit the neighbor, too, as otherwise unused equipment could be earning him money. An online search showed Frazier that nothing existed to facilitate this win-win type of transaction, and a business idea was born.

Within days of its launch, week-over-week sessions on the site skyrocketed 800% and new users were up 753%, Frazier says. While no transactions had taken place in the first three days, several rental options are available on the site, including an aluminum canoe for $29 per day and a kayak for $50 per day. Frazier has done minimal marketing and has been taking advantage of his large social media network as well as that of his executive vice presidents, Kevin Bidlack and Ryan Hodges, and other friends.

Getting ready to launch

Frazier, who has a degree in business administration management from Marshall University, has worked as a commercial loan specialist at TD Bank, division director at Robert Half Finance and Accounting and in production at BMW Manufacturing. When he landed on the idea for HydroShare in 2017, he managed to write a 25-page business plan in just one day.

Work kept him busy for the next year, butin November 2018, he decided to move on his idea, revamping the business plan and networking to seek insight and investors. Meetings with local business leaders including Mark Farris, John Moore and Toby Stansell, as well as Carl Grant of Cooley LLC, a Virginia-based technology law firm, convinced him to make more progress on the nuts and bolts of the business before seeking large investments.

“Carl Grant told me, ‘Go back and start it,’” Frazier says. “My expertise is networking and business building, so I took a job with flexibility so we could get ready to launch.”

He currently has $21,000 invested in the company, with Bidlack and Hodges as minority investors owning 10% each and Frazier with 80%. A large portion of the budget so far has gone toward work with Triad Communications, based in Potomac, Maryland, which is building the site.

“We’re hoping once the word gets out, if you have kayaks or paddleboards sitting in your garage, you can rent them out and make money on them,” he says.

He’s starting with Greenville, with plans to expand out through the spring and summer, working out any bugs and improving functionality. In the next year or two, he hopes to be operating nationwide and eventually around the world. 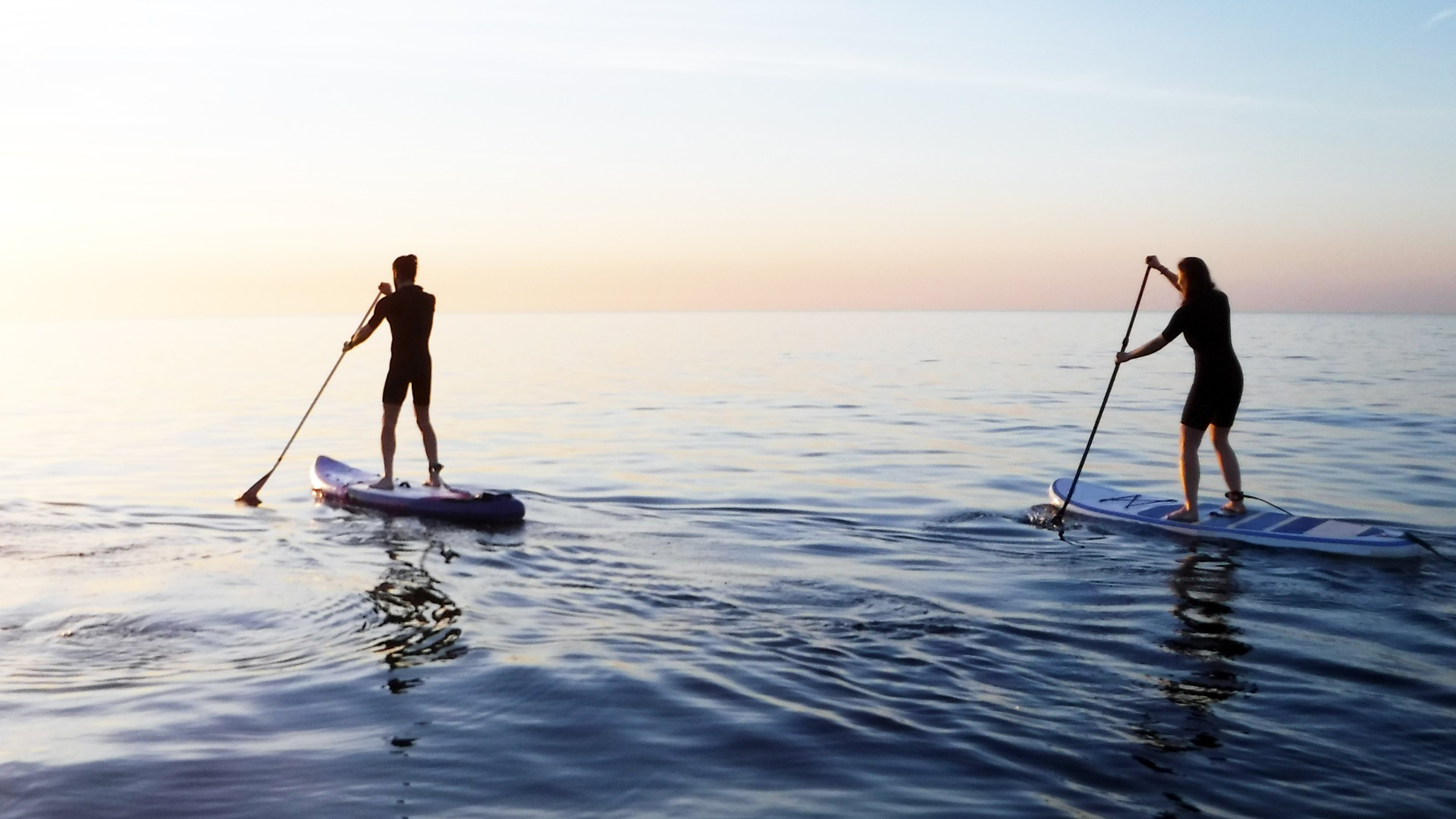 The next challenge on Frazier’s docket is insurance. “We are working on that, but the industry hasn’t caught up to what we want to do,” he says. “But we are working toward having a full insurance plan in place.” As of now, it is up to the renter and the owner to vet each other and to decide if the transaction is a good fit. A feedback function like those found on Airbnb and Uber will play a role. Standard procedure will include showing a drivers license and signing liability waivers. “There are processes in place to protect our clients,” he says.

With a full-time job and a growing startup, Frazier doesn’t have much time to get out on the water himself, but he is dedicated to building his business that allows more people to enjoy the outdoors. He is proud of the progress he and his small team have made and sees a bright future for the company. “We have tried to make it so the probability of success is about as high as it can be,” he says. “We’re extremely excited.”