A South Carolina couple arrested for having sex on a Ferris wheel are now being investigated for getting frisky in a number of other public places. Eric and Lori Harmon, both 36, were both charged with indecent exposure earlier this week for their alleged tryst inside a glass gondola on the SkyWheel at Myrtle Beach. The kinky couple reportedly recorded the act and uploaded it to a porn website before they were taken into custody. Police in Horry County, South Carolina, launched an investigation and allegedly discovered a number of other naughty videos of the pair circulating online. One video purportedly shows the Harmons having sex in a community pool in Surfside Beach. Another clip is said to show Lori Harmon urinating in an elevator during a trip to the town of Murrells Inlet. On Friday, ABC News 4 reported that the pair are now believed to have had sex in even more public places, including on a park bench near a playground.  Share this article Share According to the TV station, police have reason to believe the Harmons ‘performed and recorded sex acts in a Food Lion parking lot, and on a bench near Floral Lake Playground’ in Surfside Beach.The playground is a popular place for parents to take their young children. It is not known how police learned of these additional alleged trysts. The Harmons have not been charged in relation to these claims. However, the pair are already facing multiple charges for the purported incidents on the SkyWheel and at the public pool.  Eric Harmon has been charged with two counts of indecent exposure and one charge of participation in preparation of obscene material – Class A misdemeanors. He was freed earlier this week after posting $14,000 bond. Meanwhile, Lori Harmon faces additional charges for urinating in the elevator at Murrells Inlet. Video of the pair’s public pool encounter also reportedly features Lori urinating on two vending machines. She is facing three counts of indecent exposure, two counts of participation in preparation of obscene material, and malicious injury to personal property. They are Class A misdemeanors. She was released from jail on $18,000 bond, reported CBS17. The SkyWheel is a 187-foot-tall observation wheel consisting of 42 glass gondolas. A representative from the tourist attraction released a statement condemning the Harmons’ alleged conduct.’SkyWheel Myrtle Beach prides ourselves in providing a safe, family friendly attraction and atmosphere. This incident that we are just becoming aware of is extremely disturbing.  They do not reflect our values, and we do not tolerate any behavior that does not coincide with our family friendly environment.’ 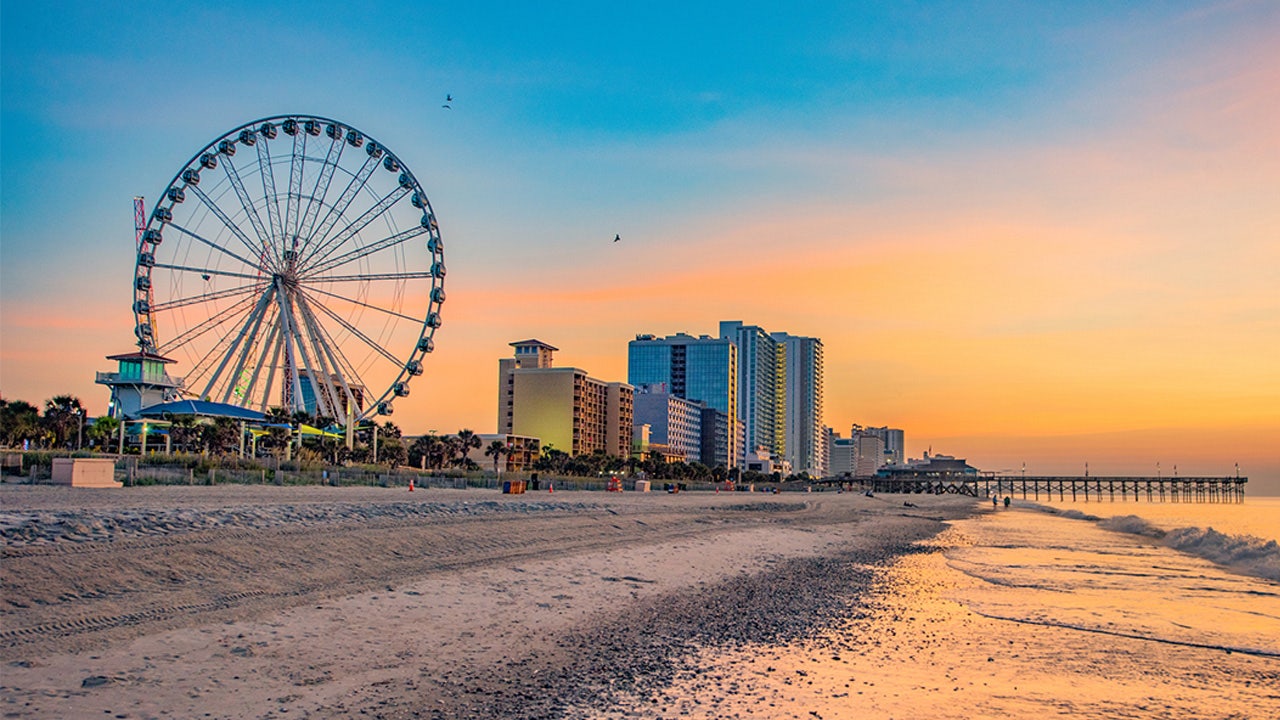