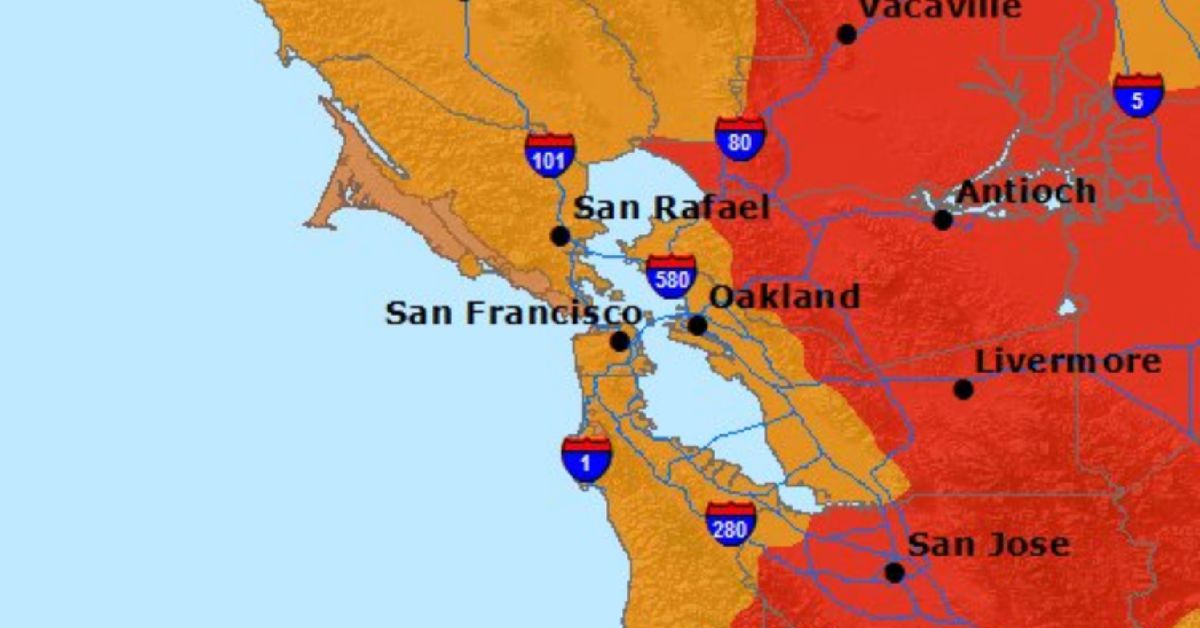 Improvements to weather conditions allowed crews to make progress against the complexes of wildfires burning in the Bay Area, officials said Tuesday morning. But while there’s a glimmer of home for the NorCal counties in the fire zone, the air across the entire region remains too dangerous to breathe, officials say, making outdoor dining — and working inside or outside at a restaurant — an increasingly risky proposition.

In all three cases, Cal Fire crews made significant progress overnight, with 15 percent containment for the SCU (Santa Clara, Alameda, Contra Costa, San Joaquin, and Stanislaus counties), 17 percent for the CZU (San Mateo and Santa Cruz counties), and 27 percent for the LNU (Lake, Yolo, Solano, Napa and Sonoma counties). In all cases, the fires did not significantly spread overnight, as the wind — which typically helps increase a fire’s reach — has died down across the region.

The same calm conditions that help firefighters gain the upper hand on a blaze also help keep pollutants in the air, however, which is one of the reasons that the Environmental Protection Agency (EPA) predicts another day of bad air quality across the Bay Area, with an air quality index (AQI) of 137 (which they say is “unhealthy for sensitive groups”) to over 151 (unhealthy for all). You can see a county-by-county breakdown today’s air quality expectations by clicking the “forecast” tab here.

The conditions are expected to continue for at least a week, officials say. Speaking with ABC 7, Erin Demerritt, a spokesperson for the Bay Area Air Quality Management District, says that there’s only one way to stay safe from the toxic pollution: stay indoors, in as sealed a building as possible, and to avoid cooking.

That’s right, cooking. As the SF Chronicle reports, frying, grilling, and other kitchen activities create great smells…and indoor air pollution. Jeff Williams, an air pollution expert in the research division of the California Air Resources Board, tells the Chron that even one flame, like that from a candle, “generates a very large number of particles in the home,” which, added to the amount of particles already in the air, can make hazardous conditions that much more dangerous.

“The first and best defense to protect your health is to remain indoors with windows and doors sealed,” Demerritt tells ABC 7, which makes outdoor dining an even bigger risk than it was as a pandemic-era activity. And, speaking of the pandemic, Dr. Ronn Berrol, the medical director of the emergency department at Sutter Health’s Alta Bates Summit Medical Center, tells the SF Chronicle that the two factors — coronavirus and heavy pollution — could make for even more problems as the fires continue.

“We’re very concerned that now we have two major public health crises converging at the same time,” Berrol says, as while pollutants won’t make most people more susceptible to COVID-19, “there’s mounting proof that it could make you more seriously sick if infected, and studies have shown that chronic pollution can increase the likelihood of dying from COVID-19,” the Chron reports.

So far, most restaurants in San Francisco, at least, seem to be keeping their outdoor dining operations open for business. The Golden Gate Restaurant Association (a lobbying group that represents restaurants in San Francisco) says that it hasn’t heard of any spots that have voluntarily reverted to takeout only during these polluted times, making outdoor dining an eat-at-your-own risk proposition for diners — and working at a restaurant an even more complicated and dangerous proposition for employees in the kitchen and serving patrons outside.