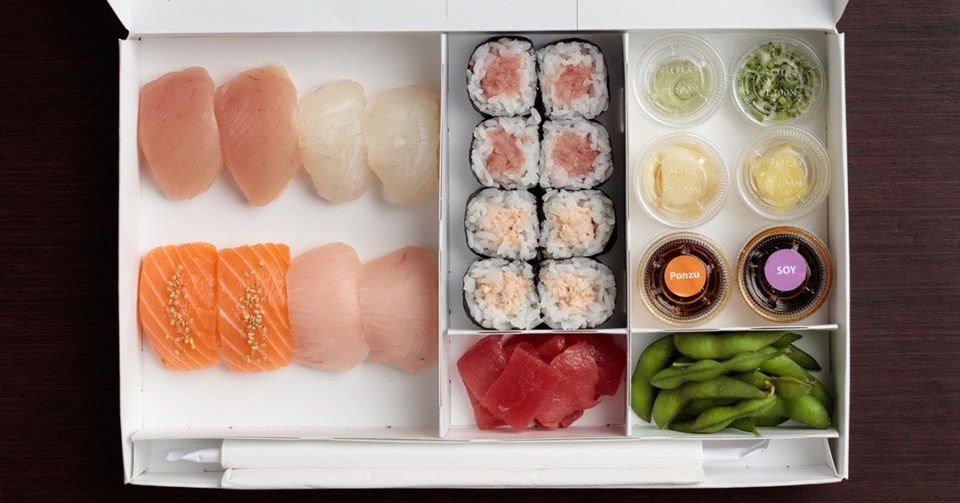 The coronavirus pandemic has been disastrous to the local, federal, and global restaurant industry. In Los Angeles alone, untold thousands of restaurant workers have been laid off from their jobs in recent weeks, as those restaurants that remain open struggle to shore up lost business by offering takeout or delivery only. Remarkably one restaurant group, Sugarfish, is managing to push hard in the other direction, with a staggering plan to retain more than 600 workers across the entire company.

In a phone call yesterday, owner Jerry Greenberg told Eater flatly that “we’re going to keep our people,” despite the current (and future) challenges. “This is going to be rough,” he added, “this is going to be terrible, in all likelihood. But if all we’ve done over the years is try to make our sushi business sustainable, then it’s got to be sustainable for everybody.”

Dine-in business, which has disappeared in Los Angeles by mandate of California Governor Gavin Newsom, makes up north of 75% of Sugarfish’s business (to say nothing of the rents and other overhead costs that still exist), though the company has already been heavy into delivery and takeout for some time. The current plan has been to move staff members into new roles, sometimes even as delivery drivers themselves. “What is it that we can have people do that would be productive?,” Greenberg says. “Once we thought that this is what we wanted to do, that took us straight to how we will do it.”

Some of Sugarfish’s ability to retain so many employees came in part because of timing, both in the short-term and long-term sense. The company has always had a slower-growth mentality, for years eschewing big franchise deals and even calls to open outlets in New York City (they ultimately relented with a first East Coast location in 2016). The group also operates various Kazunori sushi hand roll bars in Los Angeles and New York City. The company has also been conservative with their rainy-day finance forecasting. “We are going to burn cash” to keep people around, Greenberg admits.

The company’s sister restaurants HiHo Cheeseburger and casual pasta spot Uovo, and the latter offered an earlier-than-others look at what was coming down the line from COVID-19-stricken Italy. Until the start of the pandemic, Uovo made its fully handmade pastas in Northern Italy and flew the product over for its restaurants here. Since the transport has become unreliable due to the pandemic, Uovo has been producing pasta locally in LA when needed.

When combined with the Uovo and HiHo Cheeseburger operations, the plan to save every job would total out to more than 700 people across the three companies. Greenberg says that the current plan hasn’t been perfect — executives and managers have made tough decisions about their own pay, and not everyone is getting as many hours as they may have been before — but it is sustainable. For now. “It is our intent to keep everyone through this, but I can’t know that we will,” says Greenberg. “I can’t tell you what is going to happen tomorrow. If the government orders a complete shutdown [including delivery/takeout], we’re going to have to look at things differently.”

For the time being, those jobs remain in place. “If things continue to run like this,” says Greenberg, “or at some point better than this, then I believe that we will reemerge having not let anyone go.”