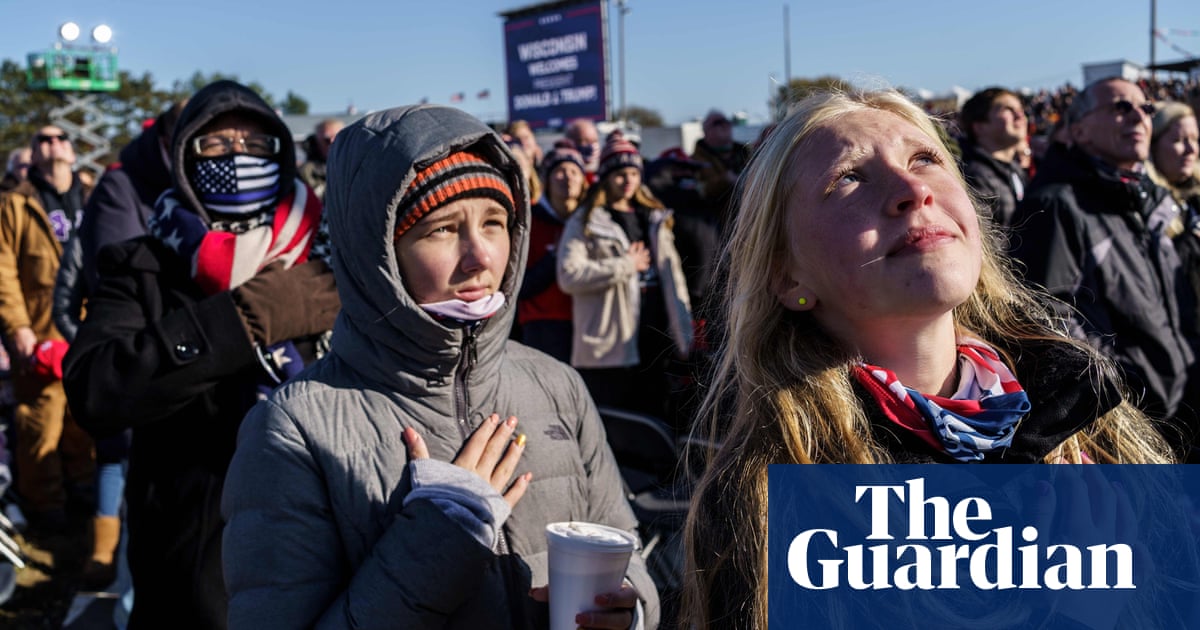 Over the past seven months, as the coronavirus pandemic first pummeled the nation’s coastal states then swept toward the country’s rural heartland, political battles have often stymied public health efforts to tamp down outbreaks and gain control of a fast-spreading virus.

Perhaps nowhere else are those forces colliding in a more dramatic fashion than in Wisconsin – a state that has been cripplingly unable to reach consensus on how to effectively respond to the outbreaks ravaging its cities and towns.

The nation’s dairy state, which continues to shatter its own records for cases, this week surpassed the grim milestone of 200,000 infections, and rates of transmission show no signs of slowing. Over the past two months, Wisconsin saw its seven-day average – currently at 4,000 cases – increase by 400%.

As of Thursday, Wisconsin cities represented 10 of the top 20 metro areas with the nation’s highest per capita Covid rates, according to a New York Times analysis. Across the state’s hospital system, 85% of hospital beds and 87% of ICU beds are in use, according to department of health data.

“We need folks to forget the it-won’t-happen to me mentality,” Wisconsin’s Democratic governor Tony Evers said at a press briefing. “We need people to stop treating this virus as something that’s only happening to other people in other places. This virus is here, and it’s spreading all around us.”

The public has been left confused and bewildered. I’m not surprised people just decide on their own what’s good for them

While it took the state seven months to notch its first 100,000 cases, that figure then doubled in just 36 days, said Andrea Palm, secretary-designee of the state’s health services department.

“It’s going to get worse before it gets better,” she said.

Meanwhile, the state’s Republican-led legislature alongside allied legal groups have continued to challenge and thwart the Democratic governor’s efforts to issue “safer-at-home” orders, mask mandates and limit the size of gatherings – creating a sense of whiplash as residents have tried to keep pace with rules that seem to be continuously issued, rescinded and issued again.

As a result, public safety measures have been largely left up to municipalities and individuals, said Patrick Remington, former epidemiologist for the Centers for Disease Control and Prevention and professor emeritus at the University of Wisconsin-Madison.

“The public has been left confused and bewildered. I’m not surprised that people just decide on their own what’s good for them. Unfortunately, people are making choices to engage in high-risk behaviors – decisions that the virus is exploiting.”

Remington attributes skyrocketing Covid rates in Wisconsin to a convergence of factors.

Layered on top of a partisan response to safety precautions, dropping temperatures have driven residents indoors – sometimes into bars, in keeping with the state’s robust tavern culture, where customers often sit elbow to elbow, unmasked, and shout to be heard over loud music.

“What’s happening in Wisconsin is a perfect storm,” Remington said.

Hoping to recapture the state he narrowly won in 2016, Donald Trump in recent weeks has made repeated visits to the crucial swing state, hosting packed rallies over the objections of doctors and public officials who described the events as reckless and disrespectful to the sacrifices of frontline medical staff.

Earlier this week, Trump hosted a rally outside La Crosse, on the state’s western edge, where he used his pulpit to mock the “corrupt” media for its focus on coronavirus infections.

“You turn on the news: ‘Covid, Covid’ You know when they’re going to stop talking about it so much? 4 November,” Trump said.

Later in the week, Mike Pence stumped in central Wisconsin, just outside Wausau – the metro area that on Thursday represented the nation’s eighth highest outbreak relative to its population, according to the New York Times.

Cases in the Wausau area ballooned after Trump made the same stop in September. USA Today suggested the jump could be related to last month’s event, though there isn’t evidence to tie the rise to the event specifically – a link that would be especially difficult to make, given the fact that the volume of cases has far exceeded the county’s capacity to conduct contact tracing.

“We have not been able to effectively contact trace in the past two months or more,” said Judy Burrows, spokesperson for Marathon County’s public health department.

Remington concedes that the rallies themselves pose a risk, but said he’s more concerned about the message Trump supporters take away from the fact they’re held at all.

“In the grand scheme of things, the risk of these events themselves pale in comparison to what they represent philosophically – a top-down refusal to comply with public health guidance,” said Remington.

Katie Rosenberg, Wausau’s mayor, said she’s been saddened to see the way the pandemic has divided the community between those who have listened to advice from medical experts and those who “flat out deny” the guidance and refuse to wear masks or physically distance.

“Wausau has historically been a pretty purple area, but right now it feels almost as if we have two different worlds. It’s unfortunate that we’re approaching public health along political lines, but that’s where we’re at as a country,” Rosenberg said.

The divisiveness playing out at the state level has spilled over into the way the area has responded to the pandemic, she said, with its conservative-leaning county board pressuring the local health department not to introduce measures that are seen as too radical.

Faced with inaction from a state legislature that Rosenberg said has “taken the past seven months off,” the Wausau city council will next week look at issuing a city-wide mask order, though she’s concerned that attempts to enforce it could strain local police resources.

“I know that there are people here who care about each other as a community, so it’s confounding to me that we’ve gotten to this place where we’ve forgotten our responsibility to keep each other safe,” she said.