Why Are Insurance Companies Denying Restaurant Claims in Wake of Pandemic? 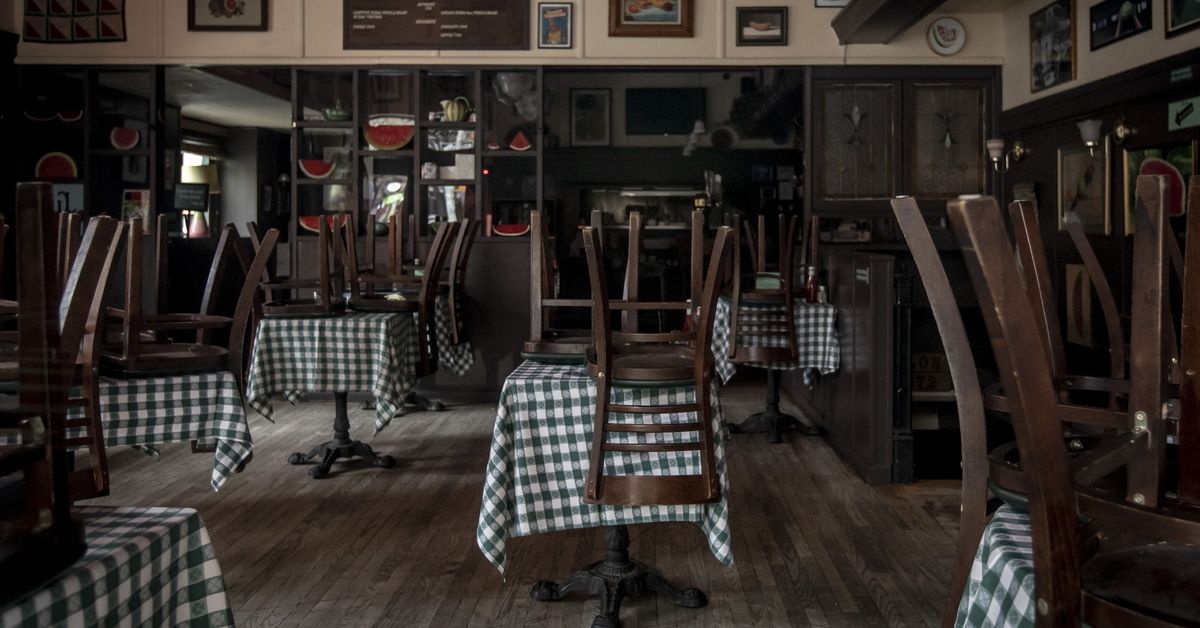 On the morning of March 16, less than 24 hours after closing her restaurant the Banty Rooster in New York City’s West Village, Delores Tronco-DePierro filed a business interruption claim to her insurance company. In the days leading up to the closure, diners, encouraged by government officials, had been attempting to slow the spread of the novel coronavirus by limiting social contact, including dining out, making running the three-month-old restaurant financially unsustainable. Hours after Tronco-DePierro made the decision to close the Banty Rooster, New York’s governor ordered a shut down of all restaurant dining rooms. Tronco-DePierro hoped her policy would be a possible lifeline for weathering the crisis.

On March 19, the insurer delivered a blunt verdict on the aid she could expect during a pandemic: none.

“For lots of small business owners this is precisely the type of situation you have insurance for,” Tronco-DePierro says. “It’s unconscionable that insurance companies would say ‘We have no responsibility for this.’”

As the spread of COVID-19 decimates the nation’s restaurant industry, business owners have pored over their insurance policies with hopes of discovering a safety net, only to learn that insurers are unwilling to payout coverage for losses tied to the pandemic. Through court battles and lobbying, restaurateurs are hoping to lock insurance firms into agreements that will provide the industry’s policyholders with cash payments needed to ensure their businesses can reopen when the pandemic settles.

With restaurants putting their operations on hold indefinitely to limit the spread of coronavirus, many frustrated phone calls this past week have centered around business interruption insurance, a type of insurance policy that triggers cash payout to cover lost revenue when disasters strike and force businesses to cease operations.

According to Alan Lyons, chair of insurance and reinsurance at Herrick Feinstein LLP, the problem for restaurants banking on financial aid through this type of insurance coverage, generally speaking, is that some policies contain clauses excluding cases of viruses and bacteria. The clauses have been added in recent years, after the outbreaks of epidemics like SARS in 2002 to 2003 and Ebola in 2014. And even if those clauses are absent, restaurateurs have to prove any loss “was caused by direct or physical damage to property.”

“That can be difficult to demonstrate with a virus,” he says, “because we’re not dealing with the type of damage you see with fires or flooding.”

“It’s unconscionable that insurance companies would say ‘We have no responsibility for this.’”

Even prominent Colorado restaurateur Bobby Stuckey, of the award-winning Frasca Food & Wine Group, faced these hurdles when he filed business interruption claims this week. Following the government-mandated closures of the dining areas for his bars and restaurants in Denver and Boulder, he says insurers first rejected him on the grounds that their business interruption coverage doesn’t extend to civil authority. This coverage typically applies to losses that stem from a government entity prohibiting access to an insured’s business because of damage at a nearby property. The group was rejected a second time because its policy contained a virus exclusion clause.

“This industry has so many jobs and the insurance industry is doing nothing for it,” Stuckey says. “The more you look into it, we’re all waiting around the country for small business loans, but wait a sec, why are all these restaurants going to take more debt on? Put this on their balance sheet because the insurance companies are blocking us.”

Already, the brawl over whether insurance firms will be on the hook for restaurants’ coronavirus coverage has entered the court system. After government-mandated closures in light of the coronavirus, the seafood restaurant Oceana Grill in New Orleans filed a lawsuit against Lloyd’s of London earlier this week, seeking a declaratory judgment that the insurer should cover related business interruption losses.

John Houghtaling, managing partner at Gauthier, Houghtaling LLP in New Orleans, who represents Oceana Grill, argues that the restaurant’s insurance policy with Lloyd’s, which does not contain a virus exclusion clause, was activated by a civil authority order, where the city’s mayor mandated that restaurants limit their dine-in operations. Houghtaling claims that “if the civil authority mentions that the virus creates property damage by sticking on surfaces, that triggers business interruption coverage for certain restaurants.”

But amid cries for a bailout and aid for the restaurant industry, state legislators in New Jersey proposed legislation that would require insurers to provide coverage for small businesses’ business interruption claims during the COVID-19 spread, which Lyons of Herrick’s says could inspire similar bills among other states’ legislators, or even at the federal level. Stuckey, meanwhile, has conferenced with restaurant industry leaders across the nation, with the aim of lobbying Washington to pressure private insurers to loosen their purses for policyholders in the hospitality industry.

The president, he says, “could pull those guys in from insurance companies, like ‘Wait, what, you buried something about viral bacterial things and left all of these small business owners out in the lurch,’ and force them to meet in the middle.”

On March 26, Politico reported that House lawmakers urged insurance companies to recognize losses from the coronavirus as part of business interruption coverage in a bipartisan letter. However, state insurance regulators warned that forcing companies to pay the massive number of claims resulting from the coronavirus pandemic would lead to even grater economic instability. Instead, insurance trade groups are considering proposing a federal program that would direct money to restaurants and other small businesses.

For Tronco-DePierro, the hope is that the private insurance industry will recognize the severity for small business owners like herself and Stuckey, and soften its stance on withholding coronavirus-related payouts. Even if it’s only partial coverage, she says, that could make the difference for many restaurants reopening once the pandemic ends.

“If they stepped up and said, ‘What we can do is $50,000 for every small independently owned restaurant that we write policies for, to help you get reopened, help you hire back staff,’ I’d be overjoyed,” Tronco-DePierro says. “I’m not looking to have a huge insurance payout after this. I just want to reopen my doors and hire my staff back.”

Update: March 26, 3:45 p.m.: This article was updated to include Politico reporting on insurance trade groups’ response to political lobbying on behalf of restaurants and other small businesses.