Watch Sad13 Pose as a Vampire in Video For New Song “Oops…!” 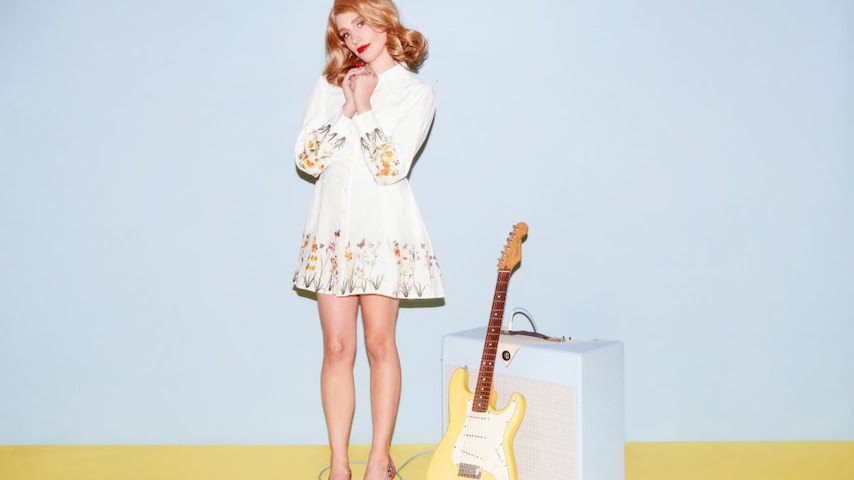 Here’s what Dupuis said about the new song and video:

We recorded “Oops…!” at New Monkey, which was Elliott Smith’s studio. This one has a magic drum sound – thanks entirely to engineer Sarah Tudzin (of Illuminati Hotties notoriety), and Zoë Brecher’s impeccable playing. Just before writing it, on tour with CHVRCHES, a venue employee became physically and verbally violent with one of my Speedy Ortiz bandmates. He directed his fake apology at me instead of the person he harmed, presumably because I am smaller and present feminine.

My vengeance complex kicked in and I got a scary adrenaline high making sure this unsafe person was removed from the show. While I’m glad I have protective instincts, I wrote the song to process ways in which I’ve used people’s assumptions about me and my body to wield my own version of toxic masculinity. Kimber-Lee Alston, who directed remotely via Zoom, turned this story and song into an allegory about a 1950s prom queen vampire who lures in her bad boy victims with delicious, blood-filled treats.