Watch Childish Gambino Perform in Atlanta on This Day in 2011 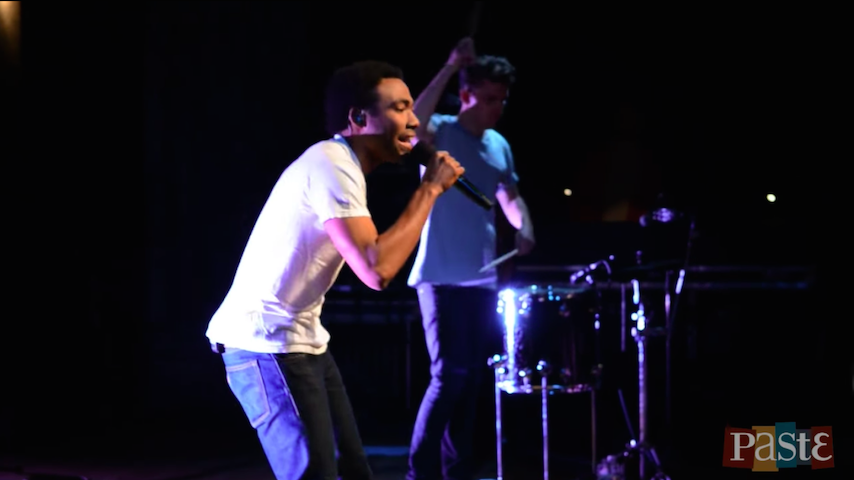 The multifaceted Donald Glover has had one of the most interesting career progressions of the 2010s. He famously got his start as a writer on NBC’s beloved (Best? No, I daren’t start that argument here!) workplace sitcom 30 Rock after he caught the attention of Tina Fey and producer David Miner. He rose to fame on another workplace staple, Community, all the while pivoting into the music industry and assuming the alias Childish Gambino. Upon the arrival of his first real release, EP, 2011, little did we know he’d rise in the TV ranks yet again with his Emmy- and Golden Globe-winning series Atlanta.

Speaking of The Big Peach, Atlanta just so happens to be not only the closest metropolis to Glover’s childhood home in the suburb of Stone Mountain, but also home to the Paste headquarters. This proximity allowed us to experience one of Glover’s earliest tours as Childish Gambino on his home turf. On this day (May 5) in 2011, Childish Gambino played a short set featuring “Freaks And Geeks” from that first EP, as well as two early songs without official releases: “Let Me Dope You” and “Do Ya Like.”

Glover released his first full album as Childish Gambino, Camp, in 2011 to infamously terrible reviews. He of course redeemed himself as the 2010s went on, first with 2013’s Because the Internet and later with 2016’s “Awaken, My Love!” and most recently with this year’s 3.15.20 mixtape.

Watch the full 2011 concert below via the Paste vault.