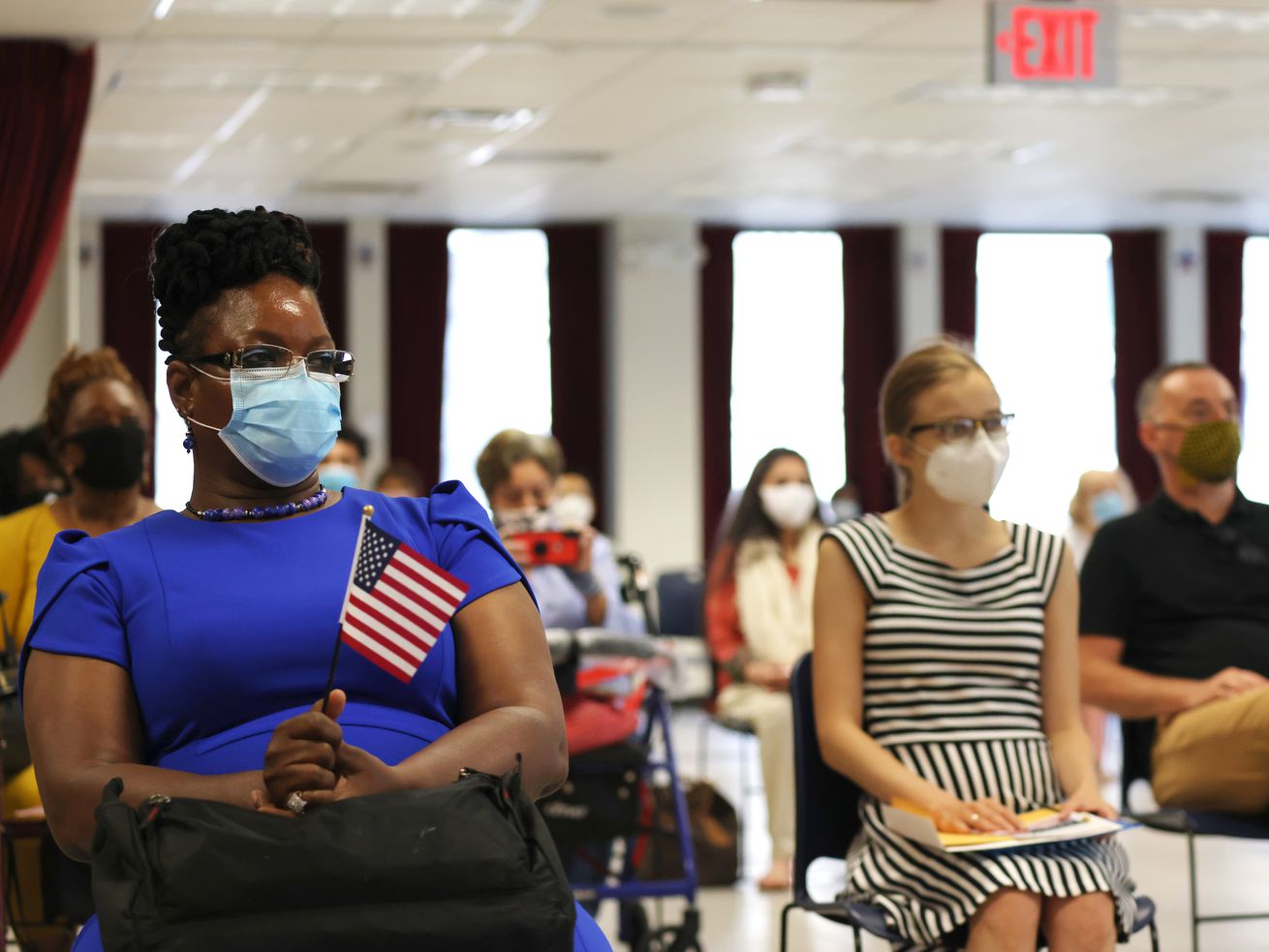 Without the money, US Citizenship and Immigration Services could furlough about two-thirds of its staff by the end of the month.

The House passed a bill on Saturday that would stave off mass furloughs at US Citizenship and Immigration Services (USCIS), which is grappling with a budget crisis due to a decrease in immigration amid the pandemic.

The agency plans to furlough about two-thirds of its staff on August 30. The furloughs would hamstring the agency’s ability to process immigration applications in a timely manner, potentially preventing more than 100,000 citizenship applicants from voting in November due to the processing delays.

The bill, which passed unanimously, would allow USCIS to raise certain fees associated with fast-tracked immigration applications and prevent the furloughs.

Unlike other federal agencies, USCIS receives almost no taxpayer dollars and is dependent on fees associated with filing applications for green cards, visas, work permits, US citizenship, and humanitarian benefits such as asylum. It’s not clear whether the bill will pass in the Senate, which is on recess until September. But a senator could seek unanimous consent to pass the bill at any time.

The bill would raise optional fees for “premium processing” — under which the agency processes certain work-based immigration applications on an expedited, 15-day timeline — from $1,440 to $2,500 for most applicants. It would also expand the kinds of applications for which premium processing is available. The bill permits the agency to use the resulting revenue only to improve its adjudication and naturalization services.

“At a time of record unemployment and with increasing delays in immigration adjudications, this bill ensures that USCIS can sustain its current workforce and keep operating at full capacity,” Rep. Zoe Lofgren (D-CA), who introduced the bill, said in a statement. “I look forward to continuing conversations with my congressional colleagues on a longer-term solution to USCIS’s fiscal challenges.”

In May, USCIS asked Congress for a $1.2 billion bailout, claiming it would “have to take drastic actions to keep the agency afloat” by the end of the summer without aid. A spokesperson for the agency said at the time that the pandemic had already brought on a “dramatic decrease” in its revenue. President Donald Trump’s restrictions on immigration, other countries’ restrictions on travel, and the fact that necessary government offices weren’t open to process applications have all contributed to this decline.

To mitigate the budget shortfall, USCIS implemented an average 20 percent additional surcharge on all applications in July and limited spending to salary and mission-critical activities. As a result, USCIS is now projecting to have enough funds to remain operable through November, but the agency is still planning to proceed with the furloughs — even over the recent objections of bipartisan members of Congress.

“USCIS’s improved financial position and the continued efforts by Congress to ensure the agency’s operational continuity warrant a further delay in furloughs and contract reductions,” the group wrote in a letter last week. “We believe this approach is the appropriate path forward for USCIS and its workforce.”

Why USCIS is facing a budget shortfall

Immigration has come nearly to a standstill amid the pandemic. The Trump administration has closed consulates abroad, shut down the borders with Canada and Mexico, and imposed a ban on the issuance of new green cards and certain work visas through the end of the year. Asylum processing at the southern border has also practically stopped as Trump administration officials implemented a program to rapidly expel migrants without so much as a health exam.

While brought on by the pandemic, this kind of decrease in legal immigration is what Trump has long sought. He has railed against what he calls “chain migration,” referring to US citizens or permanent residents who sponsor their immigrant family members for visas and green cards. And he has sought to keep poor immigrants out by proposing to reject those who don’t have health insurance or who might use public benefits in the future. (Courts have blocked the restrictions on immigrants without health insurance from going into effect for now, but the policy affecting immigrants who might go on public benefits went into effect in February.)

USCIS hasn’t released data on how many applications it has received since states first implemented stay-at-home orders in late March, but it has acknowledged applications are on the decline. The latest available comprehensive data, from January through March, showed less than 2 percent decline in applications overall from the preceding three months.

Applications dipped in April, May, and June compared to the same period last year across several temporary visa categories, including H-1B visas for skilled workers, H-2B visas for temporary non-agricultural workers, L-1 visas for people transferring within a multinational company, and O visas for those who show extraordinary ability or achievement in particular industries. It’s possible that those numbers could decline even further as economic opportunities continue to dry up and USCIS raises its fees.

In the spring, we launched a program asking readers for financial contributions to help keep Vox free for everyone, and last week, we set a goal of reaching 20,000 contributors. Well, you helped us blow past that. Today, we are extending that goal to 25,000. Millions turn to Vox each month to understand an increasingly chaotic world — from what is happening with the USPS to the coronavirus crisis to what is, quite possibly, the most consequential presidential election of our lifetimes. Even when the economy and the news advertising market recovers, your support will be a critical part of sustaining our resource-intensive work — and helping everyone make sense of an increasingly chaotic world. Contribute today from as little as $3.