The Ethical Dilemma of Watching Police Shows in 2020 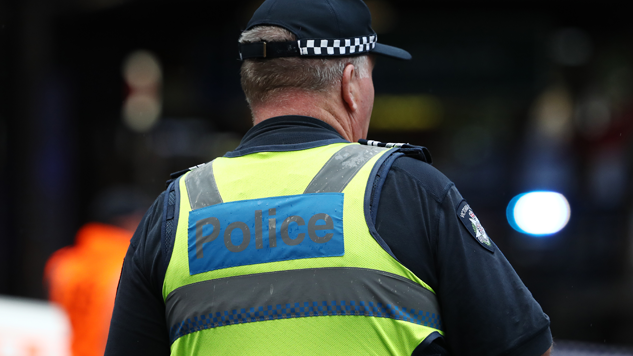 I keep thinking about a moment in The Wire that will be instantly recognizable to anyone who has seen the show. It’s the scene from the second episode where Pryzbylewski, Carver, and Herc decide that they’re going to head to the West side projects and basically harass people because they’re testosterone-fueled and frustrated. For Herc and Carver, they mostly want to make a point, frisk a few people, and act tough. But Prez, who wants to prove himself and has major anger and self-control issues, ends up pistol-whipping a boy who does nothing worse than grin at him. Herc and Carver are mildly shocked, but not enough to do anything. The furious residents start throwing heavy objects at them from the towers, and a near-riot ensues.

Just as memorable, if not more so, is the aftermath: Lieutenant Daniels covers for Prez, and teaches all of them exactly what to say at the inquest to make sure they receive only minor punishments. When news comes from the hospital that the boy was blinded in his left eye, nothing changes.

It’s tempting to call the writers “prescient” for having written this scene, but in fact that wouldn’t be true. Most of them came from journalism backgrounds, with loads of experience covering cops and crime. They knew the score, and the only way you’d believe they predicted the future here is if you also believe police violence and subsequent cover-ups are a new phenomenon.

The Wire is more self-aware than most cop shows, and though Prez is later redeemed as a cop and a teacher, you accurately get the sense of him here as a monster. But there are complications, too. I tried to remember how I felt about Daniels instructing them on how to cover their asses when I first watched the show, and though I can’t remember exactly, I would imagine that mixed in with the shock was a certain admiration for Daniels’ loyalty to his people. That view would be shameful to me now, but I was operating from a different perspective then, one in which there was a certain inherent goodness to police despite a few flaws. Like so many others, my mind has been totally changed on that front in the past month, and not just from the onslaught of egregious violence committed by American police. It’s also the education; the stories about what police do from the mouths of former officers, the stories about why they actually exist, and the surprising practicality behind concepts like defunding or even abolishing the policethat seemed to me, before this, to be the kind of defiant slogan screamed by hyper-woke kids.

This is not a knock on The Wire in any sense, which holds us as a startlingly accurate picture of America’s social and racial crises. No other cop or crime show has that level of nuance, and most don’t even try.

Which leads to the question: How are we supposed to engage with police on television? Believe me when I tell you that I’m aware of the relative importance of this question, that relative importance being “none.” There are far bigger problems than how a 37-year-old white man engages with an entertainment genre shortly after learning some critical facts he should have learned a long time ago. Nevertheless, in my glances around the Internet and chats with friends, it’s a shared experience and maybe (hopefully) worth a short essay if nothing more.

Most cop shows don’t have anything like the Prez scene described above. Most, even the ones I enjoy—and for years, I have very much enjoyed TV relating to crime, detectives, espionage, and mystery—tend to glorify the cops in an almost absentminded way, and treat the criminals as separate, thinly sketched pseudo-humans with motives and impulses painted as foreign, and outside the realm of understandable human behavior. These shows are not overt Copaganda (save for the actual show Cops, which was mercifully canceled this week), but they elevate the police regardless, just by their very existence. How can you watch a group of charismatic people catch a serial killer, for instance, and not be influenced into believing the police are a prosocial institution?

This is true even of comedies like Brooklyn Nine Nine. A friend pointed me to a Twitter thread from 2018 in which Dr. Steven Thrasher points out the obvious ways in which this, too, is propaganda, either purposefully or inadvertently laundering the image of police in the public mind. (I’ll embed the first tweet, but the whole thread is worth a read.)

I’m really disappointed in how many of y’all are so uncritical of seeing Brooklyn Nine-Nine for what it is: an interracial police buddy comedy meant to make white & Black cops seem like your friendly neighborhood jokesters (& to culturally gentrify “Brooklyn” as sitcom fodder).

I’ve recently begun watching No Offence, an excellent, ongoing British police drama that originally aired in 2015. Joanna Scanlan (who I first encountered as the bureaucrat Terry in The Thick Of It), is wonderful as DI Viv Deering, the writing is witty, the mysteries are satisfying, and the acting is strong. It’s rife with strong women characters, and it boldly tackles some sticky social issues without becoming preachy or crude. It’s the rare cop show that maintains a certain lightness amid heavy themes—never flippant, never dour, never apologetic.

The one thing it never does, and the only thing that diminishes my enjoyment, is ask difficult questions about the police themselves. Like many of our own police shows, No Offence is teeming with flawed characters but says very little about a flawed system. Granted, British police are not the same as American police, but then again it’s not that different. Does a show like this necessarily glorify police while dehumanizing everyone else? Is that part of the implicit bargain, whether intended or not?

And if the answer is yes, do we have an ethical responsibility to stop watching and supporting them? It’s not a new question. Progressive people were asking this about the NFL four years ago, and like the NFL, the institution of the police drama is not in any serious jeopardy. But it does present the unhappy moral conundrum: By watching a show that tacitly supports police, are we also tacitly supporting police? Are we implicated in the cycle?

Police dramas are not going away, but soon it may no longer possible to create one that is purely about the story. The crime-and-punishment episodic model just isn’t sufficient anymore at a time when the inherent justice of the whole process is being called into question. Writers and creators will have try to harder. That may have a chilling effect on the whole genre, but it may also produce new police shows that, like The Wire, go out of their way to reckon with difficult ideas and say something meaningful about policing as a whole. If the end result of this is more intelligent TV, rather than the status quo or a complete rejection, that would be a positive for the entertainment landscape. But as with the real police, you have to wonder: is reform good enough?

Shane Ryan is a writer and editor. You can find more of his writing and podcasting at Apocalypse Sports, and follow him on Twitter here.

For all the latest TV news, reviews, lists and features, follow @Paste_TV.