The 10 Albums We're Most Excited About in September 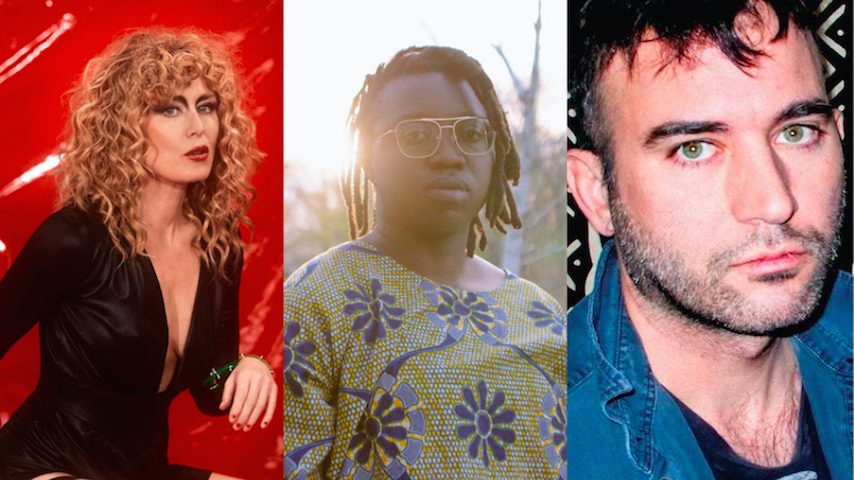 It’s a weird time to be looking towards the future, but we’re going to do it anyway. With September now in full swing and school starting back, we’ve got a whole new slate of albums to go with it. This month we’re getting the solo return of Sufjan Stevens, the follow-up to Róisín Murphy’s Mercury Prize-nominated Hairless Toys, the stunning debut from Father/Daughter Records artist Anjimile and many more. Scroll down to learn more about those albums, plus seven more records we’re stoked about in September.

Wish You Hadn’t, the debut EP from Philadelphia’s Corey Flood, was both unnerving and calm—hushed vocals and plaintive pop melodies softened their brooding guitars. Now, two years later, their debut full-length Hanging Garden is set to drop, and it has a similar wired fuzziness, but their melodies are a bit sunnier this time. Although their distorted post-punk is still fairly grey-skied, their classic indie-pop sweetness is a small break in the clouds. Lines like “Maybe it is really nothing / but I was in love” from the driving jam “Down the Hill” underscore their melancholia perfectly. Their abstract, evocative lyrics are deeply contemplative cyclones—just like their saw-toothed guitars will rattle around your brain, thoughts swirl until they begin to fester, gnawing at one’s psyche. —Lizzie Manno

Sprain’s self-titled 2018 EP was a tender-hearted introduction to the Los Angeles group. Their slowcore unspooled with crackling guitars and echoing cymbals, but the sound of their debut album As Lost Through Collision has been ratcheted up several notches. Its arty noise rock is furious and scrambled, leaving you in a bristled daze. Their crawling pace is still present, but now there’s a powerful ignition switch for overwhelming tumult to emerge at any point. Their songs are far from stagnant: “My Way Out” detonates with muscular guitar reverberations, screeching vocals fade into comforting guitar twinkles on “Worship House” and “Everything” fluctuates between pleasant rock and hardcore doom. —Lizzie Manno

Anjimile Chithambo, who records as Anjimile, is on a road to self-improvement on their debut album Giver Taker, and their folk-pop vibrancy certainly adds to that revitalizing spirit. There’s an earthy spirituality and youthful determination, boosted by radiant vocals and lyrics of patience and compassion. One highlight “Maker” blooms with nimble, bubbly guitars and rapturous percussion—it’s a symphony of wonder as Chithambo asks, “Have you ever seen anything quite like this?” Another key track, the reflective, downtempo “In Your Eyes,” grapples with identity and acceptance: “Was my body denied? / I can’t see what’s in your eyes / No, I can’t be what’s in your eyes.” Its warm rootsiness, indie-pop vivacity and African-influenced rhythms make for an incredibly inspired first LP. —Lizzie Manno

Amsterdam’s Nana Adjoa caught our ear over the past couple years with two under the radar but still lovely EPs in Down At The Root Pt 1 & Pt. 2. Now the Dutch-Ghanaian singer/songwriter is finally checking in with her debut LP, Big Dreaming Ants, and the singles are absolute heaters. “No Room” sees Adjoa on guitar surrounded by African rhythms as she seeks to break the barriers of a monotonous life while vocally, “Throw Stones” shows shades of her classical jazz training in a gorgeous lullaby. Adjoa’s background is unique to say the least, and there’s even a cover of Ghanaian legend Ebo Taylor’s “Love And Death” on the album. —Adrian Spinelli

We named Carrie & Lowell one of the best albums of the 2010s, so it should come as no surprise that we here at Paste are elated that its follow-up is arriving this month. Sufjan Stevens will return with his eighth solo studio record in late September, and based on the two bold singles that have arrived ahead of its release, The Ascension may just find Stevens waltzing into new directions never before traveled. “America” (originally a product from the Carrie & Lowell sessions) is a sweeping takedown of a broken nation, and “Video Game” is a synth-powered statement of independence. Both songs sound so true to Stevens’ evolution as an artist, and, yet, they sound unlike anything he’s ever released before. Stevens says The Ascension is “a call for personal transformation and a refusal to play along with the systems around us.” Never one to follow the pack, Sufjan Stevens seems to be gearing up for yet another singular artistic effort. —Ellen Johnson

In the last five years, Terra Lopez lost her father to suicide and her best friend to a freak boating accident. Already living with depression, it sent Lopez into a harrowing tailspin, and she needed to create in order to heal. Hype Nostalgia is Lopez’s debut LP as Rituals of Mine (you might remember her excellent Sister Crayon moniker), and the music is nothing short of gripping electro-R&B from a queer perspective. On “Exceptions,” Lopez asks, “Am I the only one who’s had enough?” with a fluctuating vocal effect that makes us feel her pain and start to come to terms with our own as well. “Trauma” is an electro-punk number that calls to mind the musings of fellow Sacramento band Death Grips, but with a more even-keeled and palatable delivery. And on “Come Around Me,” she grapples with the lacking authenticity of people around her through a sparse yet menacing beat surrounding her celestial coo. With Rituals of Mine, Lopez presents a necessary voice when we’re all navigating the waves of depression like never before. —Adrian Spinelli

Electronic duo and festival favorites Sylvan Esso will release their highly anticipated third LP later this month, and it feels like the perfect time to receive their buoyant, joyful, dance-inducing music. “It’s a record about being increasingly terrified of the world around you and looking inward to remember all the times when loving other people seemed so easy, so that you can find your way back to that place,” the pair said in a statement. Sylvan Esso is made up of Amelia Meath (who you also may know from her folk project Mountain Man) and producer Nick Sanborn. Their music has become increasingly polished over the years, first catching fire with more ambient songs like “Hey Mami” and “Coffee” on their 2014 self-titled debut and following it with 2017’s more pop-forward What Now. Free Love seems to position them somewhere in between those two sounds. Single “Ferris Wheel” is tremendously fun, but it’s also weirdly cleansing. Meath describes this phenomenon best: “Nick wants things to sound unsettling, but I want you to take your shirt off and dance.” There you have it. —Ellen Johnson

Irish pop singer Róisín Murphy first made a name for herself as one half of ’90s U.K. trip-hop duo Moloko. After the group disbanded in 2004, Murphy embarked on a solo dance-pop career that saw her release four riveting albums, then vault back into the limelight in 2018 as the vocalist on DJ Koze’s immaculate “Illumination.” She’s now revving up her fifth LP, Róisín Machine, which sees Murphy unfurling into a full blown disco diva with a collection of tracks she’s banked across the last decade. Róisín Machine is a collaboration with producer Crooked Man (aka Sheffield’s DJ Parrot), and tracks like “Murphy’s Law” and “Narcissus” are disco-pop at its absolute finest—this is seriously like Robyn meets Sylvester. Murphy needs to be considered among Irish pop’s most accomplished artists, and “Incapable” alone is one of the best dance floor tracks you’ll hear all year. —Adrian Spinelli

The title of Sad13’s (aka Sadie Dupuis of Speedy Ortiz fame) new album is Haunted Painting, and while that may recall memories of The Haunted Mansion or the animated inhabitants adorning the walls of Hogwarts castle, it was actually inspired by a real-life portrait. Dupuis was consumed by a Franz von Stuck work at the Frye Gallery in Seattle, and she was so taken with the subject’s hollow eyes and glum face she named her second solo album in its honor and plastered a similar portrait of herself on its cover. The actual contents of the record, however, are far from gloomy, as she attacks pop standards with her sharp and shiny brands of songwriting and production. Outside of a drummer and, in two cases, an eight-string orchestra, Dupuis takes care of all the other instrumentation herself—glockenspiel included—but the record features guest vocal appearances from an impressive cast including Helado Negro’s Roberto Lange, Deerhoof’s Satomi Matsuzaki, Merrill Garbus of tUnE-yArDs and Pile’s Rick Maguire. It’s all quite an intriguing concept from one of indie rock’s best writers, and we can’t wait to hear what Dupuis cooks up this time. —Ellen Johnson