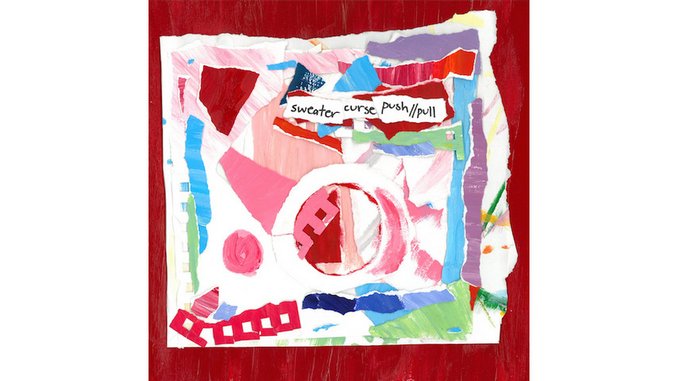 Monica Sottile, co-lead singer and songwriter in Brisbane trio Sweater Curse, describes Australian indie rock as “an extension of domestic life.” There’s certainly truth to that assessment, as the country has a great tradition of guitar pop songs about charming, comforting scenes. The Go-Betweens sang about “fireplaces and rocking chairs” and “showering for an hour,” while contemporary acts like Rolling Blackouts Coastal Fever and Courtney Barnett write about things like “satin sheets” and “Vegemite crumbs.”

Sweater Curse don’t write songs with that kind of precision, but they do write about the haunting thoughts that exist in those spaces—when you’re tossing and turning at night, making French press coffee in the morning or leaving a house party more lonely than when you arrived. This trio’s debut EP See You (among Paste’s favorite EPs of 2019) was down in the dumps even if its tunes had an inspired zip. It was packed with emotional distance, bitterness and regret. Sottile sang about how these feelings can make someone feel invisible to you (“Hear You”) or make one exhausted in a one-sided relationship (“Mon’s Song”)—it’s not a physical loneliness, but an emotional one, and Sweater Curse paired these sentiments with sweet, wistful indie rock (“Can’t See You Anymore,” “Mon’s Song”) and pummeling, fuzzy guitars (“Z9,” “Ponyo”). It’s no wonder they cite Interpol, Yuck and Pity Sex as influences, particularly the latter band with their male-female vocals, though Sweater Curse’s sounds are decidedly less dreamy and crunchy.

For their second EP Push/Pull, Sweater Curse really come out of their shell, amplifying their faint post-punk tinges and sky-high pop hooks. “Wish I Was a Better Person Sometimes” heightens the contrasts between Sottile’s gauzy, soft voice and guitarist Chris Langenberg’s low, levelled pipes, and “All The Same” is an even bigger juxtaposition, with Langenberg’s voice veering into unbothered punk and Sottile sounding more expressive and dynamic than ever.

The EP was promoted with singles “All The Same” and “Close,” the band’s two best songs to date. “All The Same” is their most ambitious and explosive track, as Langenberg kicks things off with a monochrome post-punk intro and Sottile tears into an expansive indie rock chorus to die for. Sottile’s vocal climbs are invigorating and transportive, and Langenberg’s dreary, more subdued verses store momentum to harness full power in the next refrain. While “All The Same” is a peek into their dynamic, sharper side, “Close” features tried-and-true, big-hearted indie rock. This is the meat and potatoes of any melancholy Australian indie rock band. But for a promising group like Sweater Curse, this is their victory lap. It’s a stunningly pretty, widescreen tune (written with the help of fellow Aussie indie rocker Alex Lahey), begging to be played a hundred times over, no matter how up or down you’re feeling. Vocally, Sottile goes the extra mile, framing not just each line, but every word with the perfect, affecting cadence.

Push/Pull might simply be remembered as that early EP with “All The Same” and “Close,” since those tracks have so much immediacy and staying power, but the remaining two songs are still compelling inclusions. The muffled vocals and spring-loaded drums in the “Best Interest” chorus prove they have more tricks up their sleeves, and “Wish I Was a Better Person Sometimes” affirms that they don’t need a huge melodic lift to grab listeners.

Much like See You, Push/Pull describes the inner turmoil when people aren’t on the same page. “Close” cleverly nods to the opening line of “Mon Song” (“I had a dream that we cut your head in half”) with the lyric “I can finally sleep without seeing something that shocks me awake,” teeming with the fears of a current relationship and what ifs concerning a past bond. “All The Same” is also about disconnect, but more so due to restless routines than unsatisfactory relationships, channeling the indecisive glory of “Nobody Really Cares If You Don’t Go to the Party” (“I want to leave, I want to stay, I want to leave, I want”). Exemplified best by the emotional toil of “Best Interest,” Push/Pull yearns for effortless, untethered and uncomplicated connection, and though it’s not clear if they believe in such a thing, they search for “nice things” anyway. If Sweater Curse write an entire album of songs with the similarly stirring spirit and unforgettable melodies of “Close” or “All The Same,” they’ll find more of the wholesome connection they’re seeking.

Lizzie Manno is an associate music editor, Coldplay apologist, bread obsessive and lover of all things indie, punk and shoegaze at Paste. Follow her on Twitter @LizzieManno