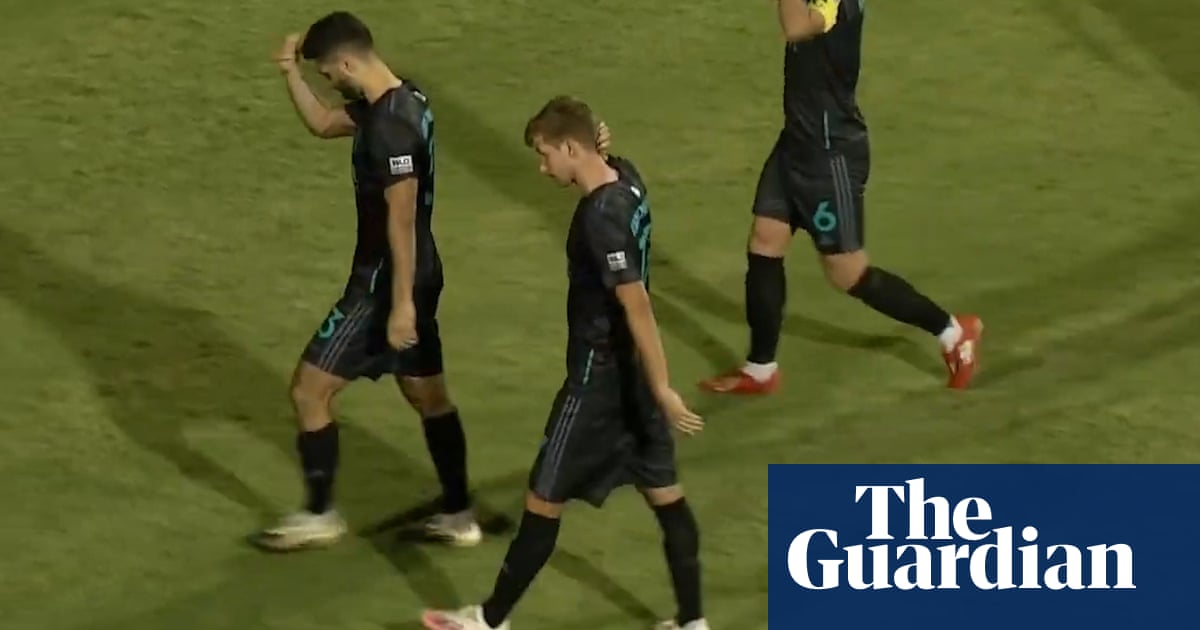 Landon Donovan spoke of his pride after his San Diego Loyal side forfeited their match with Phoenix Rising on Wednesday night in response to alleged homophobic abuse of one of their players.

The California-based team, who are in their inaugural season in the USL Championship, forfeited their fixture at the start of the second half when leading 3-1. San Diego’s midfielder Collin Martin had been sent off deep into first-half stoppage time but it was alleged the footballer, who is gay, had received homophobic abuse.

In a statement Phoenix said their player denies using a homophobic slur.

The alleged incident occurred a week after Loyal’s Elijah Martin was found to have been racially abused by the LA Galaxy second-team player Omar Ontiveros, who was later given a seven-game suspension by the USL Championship and released by the club.

Donovan, San Diego’s manager, said: “Our guys said we will not stand for this and they were very clear in that moment that we are giving up all hopes of making the play-offs. They are beating one of the best teams in the league but they said it doesn’t matter and there are more things important in life and we have to stick up for what we believe in.

“They made the decision to walk off and I have tremendous pride in this group and I am really proud of this organisation and that I get to be a part of it.”

San Diego and Phoenix Rising were set to hold up a banner in the 71st minute which read “I will act, I will speak” in reference to the racism experienced by Elijah Martin. However, when Collin Martin alleged he had received homophobic abuse, Donovan and his team made a collective decision during the half-time interval that if the Phoenix player was not shown a red card by the referee or taken off by his manager, Rick Schantz, San Diego would forfeit the fixture.

Donovan added: “We went through a really hard incident in the LA match and we made a vow to ourselves, our community, our players, the club and the USL that we would not stand for bigotry, homophobic slurs and things that don’t belong in our game.

“Our players in the heart and passion of the moment still wanted to play, but if we wanted to be true to who we are as a club, we have to speak and we have to act. After half-time we all decided if the player who used the homophobic slur was not removed from the game – either by the officials or by his coach – we would not play. If they are not willing to act, we have to act.”

A club statement from Phoenix read: “Phoenix Rising is investigating the claim of a homophobic slur being used by one its players who has vehemently denied these allegations. Phoenix Rising stands with the USL in rejecting and punishing any homophobic behaviour.”

The USL also confirmed an investigation into the incident had been opened. “We are aware of the alleged use of a homophobic slur,” the league said in a statement. “Foul and abusive language of any type has absolutely no place in our society and will not be tolerated in USL matches. An investigation is currently under way to determine the facts surrounding the incident and more information will be provided as soon as it is available.”