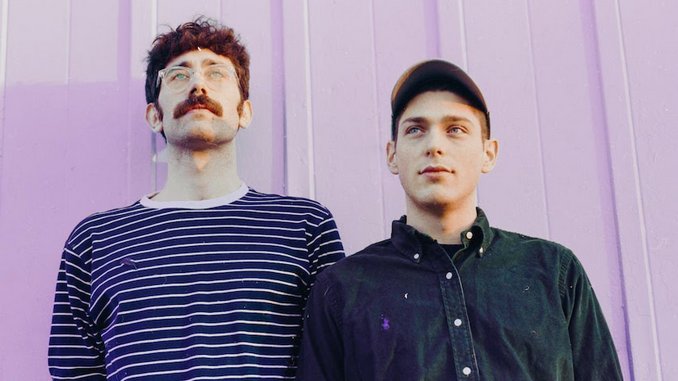 Bloomington, Minn. indie duo Remo Drive have unveiled another single from their forthcoming junior effort A Portrait of An Ugly Man. “Ode to Joy 2” is an edgy ballad inspired by alcohol, and the accompanying video is the visual representation of that fun drunken Friday night in the backseat of your friend’s car.

The lyrics were inspired by the excess I perceived around me as I transitioned from being a college student into touring full time. Most people who’ve done either can confirm that many social interactions are built around having a drink or smoking weed. Once the honeymoon period of exploration was over for me, I became frustrated with the omnipresence of drugs and alcohol and wanted to write about it… Oh what fun it is laughing at nothing, by this age we all have it down.. When I wrote the final version of the lyrics, I tried to connect with how I think when I’m drunk. I always feel as though I’m loving and hating every second of it. This song captures that same ambivalence.

The song has the same jaded sound as their last record Natural, Everyday Degradation, which was heavily imbued with nihilism. It seems like the hedonistic days of their debut, Greatest Hits, are already over.

A Portrait of An Ugly Man arrives on June 26 via Epitaph Records. Watch the video for “Ode to Joy 2” below, and scroll down for their recent Paste Studio session.