Paper Mario Returns on the Switch With an Origami Twist 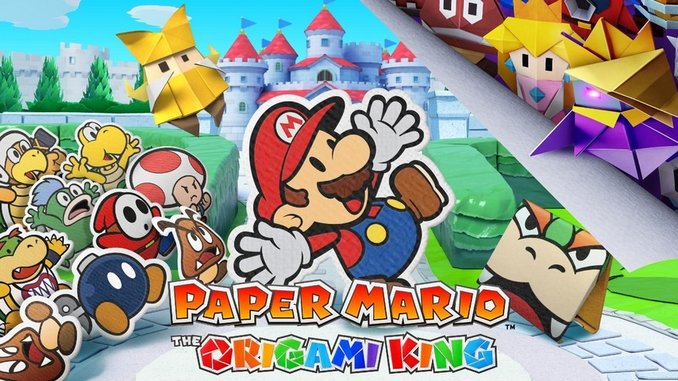 Mario’s stationary counterpart will be making his first appearance since 2016 this summer. Thursday morning, Nintendo announced Paper Mario: The Origami King for Nintendo Switch, the first entry in the long-running platform/RPG hybrid series on the console.

This year marks the series’ 20-year anniversary, having begun back in 2000 on the Nintendo 64 with Paper Mario. The series has become a cult favorite because of its charming dialogue, fun and refined RPG mechanics and wacky companions. The series met a serious downturn in popularity upon the release of Sticker Star for the 3DS due to the poor changes made to the series’ mainstay conventions, such as the removal of multiple party members and an aimless sense of direction. The Origami King’s trailer may hint at a return to form, with stunning visuals and a new ring-based battle system described by Nintendo as ”[putting] both your tactical thinking and puzzle solving skills to the test.”

It seems like party members could be returning as well, with help from an unfortunately half-folded Bowser, Bowser Jr., a new character named Olivia and more. More than anything, we’re hoping for timeless visuals that make the most of the papercraft aesthetic and zany comedy. Given its July 17 launch, it could easily beat out Bravely Default II and Xenoblade Chronicles as Nintendo’s game of the summer, especially when we need some lighthearted fun to get us through quarantine. Either way, we’re happy to see the triumphant return of Intelligent Systems’ thinnest hero.

Paper Mario: The Thousand-Year Door was recently seen on our new What We’re Playing weekly feature. You can check our list out every week for recommendations from all our contributors for fun classics and must-play new releases.