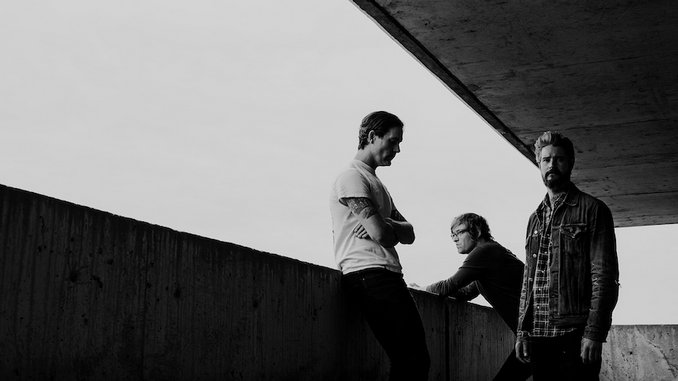 Canadian punk group METZ have shared a new single “Hail Taxi” from their forthcoming album Atlas Vending, out on Oct. 9 via Sub Pop. It follows their previous single “A Boat to Drown In.”

“‘Hail Taxi’ is about looking back,” says frontman Alex Edkins. “The lyrics deal with the idea of reconciling or coming to terms with who you were and who you’ve become.”

The video, which was directed by A.F. Cortes, expands upon the song’s intensity, and it pairs perfectly with the band’s sound.

“I wanted to tell a simple story that captures the song’s overarching theme,” Cortes says. “The idea of longing for the past creates many visual motifs and I wanted to create a piece that feels timeless and conveys a sense of isolation, highlighting that while we can hide our feelings, we can’t run from them.”