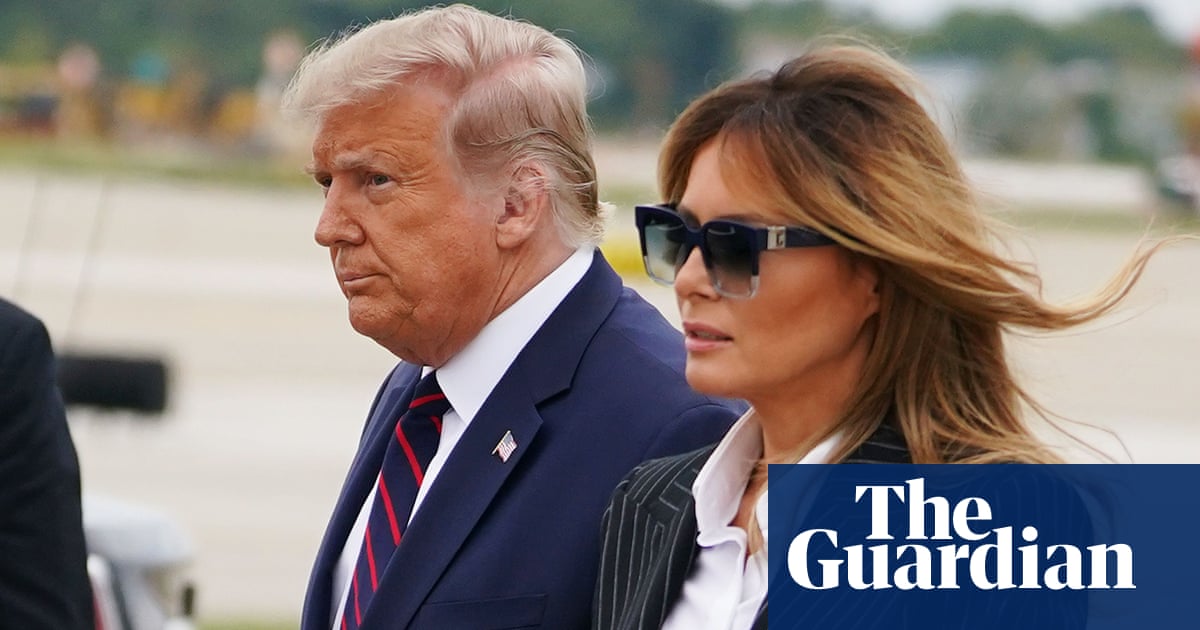 Melania Trump withdrew from a scheduled return to the campaign trail on Tuesday, two weeks out from election day, due to a “lingering cough”.

Like her husband, Donald Trump, and her son, Barron, the first lady recently contracted the coronavirus and entered treatment and isolation. She said last week she had recovered and she had been due to travel with her husband to Erie, Pennsylvania, for an evening election rally.

But a spokeswoman, Stephanie Grisham, said: “Mrs Trump continues to feel better every day following her recovery from Covid-19, but with a lingering cough, and out of an abundance of caution, she will not be traveling today.”

Trump and his administration have been widely accused of failing to show proper caution in staging public events during the coronavirus pandemic.

Trump rallies do not feature enforced mitigation measures, including mask-wearing and social distancing. The president, first lady and other senior figures fell ill after attending a White House introduction for supreme court nominee Amy Coney Barrett on 26 September, which has been labelled a “super-spreader” event.

In her statement announcing her recovery, Melania Trump said she “was very fortunate as my diagnosis came with minimal symptoms, though they hit me all at once and it seemed to be a rollercoaster of symptoms in the days after. I experienced body aches, a cough and headaches, and felt extremely tired most of the time.”

In contrast to her husband, who received treatment not available to the general public, she did not spend time in hospital and said she “chose to go a more natural route in terms of medicine, opting more for vitamins and healthy food”.

More than 8.2m cases of the coronavirus have been recorded in the US and nearly 220,000 people have died. Case numbers are rising nationwide, with record daily increases in a number of states that will be key to deciding the presidential election, which is just two weeks away.

On Tuesday a New York Times analysis of polling averages put Trump behind his challenger, Joe Biden, in every swing state in which he beat Hillary Clinton in 2016, Pennsylvania among them.

Majorities in multiple polls have said they trust the Democratic candidate more than the Republican incumbent when it comes to handling the pandemic.

Regardless, in an interview with Fox News on Tuesday morning Trump once again criticised Dr Anthony Fauci, the infectious diseases expert who has served six presidents but whom Trump called “a disaster” the day before.

“Look, he’s a nice guy,” Trump said. “He has got a really bad arm and not a good baseball thrower, but he’s a nice guy. The only thing I say is, he’s a little bit sometimes not a team player, but he is a Democrat.”

In fact records show Fauci is not registered as a Democrat or a Republican. He has repeatedly professed himself non-partisan.