Jeff Tweedy Displays Luminous Depth on Love Is the King 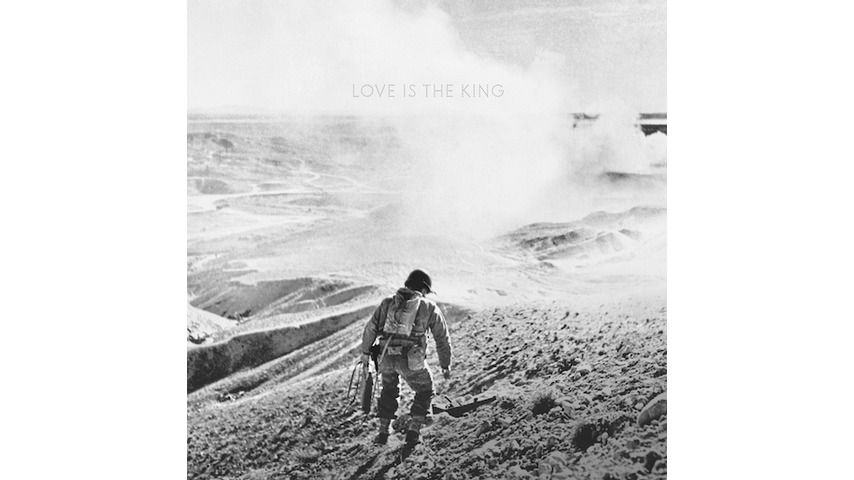 In a song on Tweedy’s 2014 album Sukierae, a collaboration between Jeff Tweedy and his drummer son Spencer, the Wilco singer claimed, “I’ve always been low key.” “Always” might be an overstatement, considering the turbulence roiling through some of Wilco’s catalog, but “low-key” is certainly an apt description of his recent work. Jeff Tweedy’s solo albums Warm and Warmer, released in 2018 and 2019, respectively, were mostly hushed affairs, populated with songs you had to lean in close to fully absorb.

Tweedy’s latest isn’t likely to blow out your eardrums, either, but Love Is the King is more subtly expansive, and slyly witty, than its two predecessors. There are quiet, folky songs, tunes with a twang and even a couple of compact rockers that showcase Tweedy as a more inventive guitarist than you’d think, given the virtuosic shadow Nels Cline casts in Wilco. It’s a pandemic album, in the sense that Tweedy made it after Wilco’s spring tour dates were canceled as the coronavirus spread. He took refuge in the Loft, the band’s Chicago studio, and used the unexpected free time to write and record a song a day with Spencer and his younger son Sammy.

Timing aside, Love Is the King isn’t so different thematically from what Tweedy has been doing for years: searching for a sense of connection. These 11 songs mostly explore love, death and their various offshoots, and if it’s familiar territory for Tweedy, his takes on those subjects have grown deeper and more sophisticated over time. On “A Robin or a Wren,” he softens the idea of death—“the end of the end / Of this beautiful dream we’re in”—by imagining returning as a bird to comfort those he’s left behind. Later, on “Save It for Me,” Tweedy offers a moving metaphor for our capacity to love. “There’s a reason a light left on / In an empty room / Is how a love can be,” he sings softly as Sammy joins in on harmony vocals over spare acoustic guitar, bass and drums.

While Tweedy has mellowed in some respects, he hasn’t lost his capacity for jarring musical interludes. On the title track, which opens the album, he subverts a homey acoustic ballad with a discordant guitar break that begins untethered to the meter or key of the song. It’s an abrasive, but effective way to underline lyrics insisting that love is present, if only in the background, of life’s worst moments. Elsewhere, he celebrates some of life’s best moments, recalling on the buoyant, but unassuming “Guess Again” the pleasures of eating tomatoes off the vine and going for a summer drive, and noting how those things pale in comparison to his almost giddy feelings for, one presumes, his wife Sue.

That sentiment could tip into mawkish in the hands of a less skilled songwriter, but Tweedy mostly sounds amazed and grateful that good fortune has allowed him to balance simple pleasures with steadfast devotion. He takes a more tongue-in-cheek approach on “Natural Disaster,” where he equates falling in love to getting caught in an earthquake, flood or tornado. The song has a wry, old-school country sensibility that would have fit well with Buck Owens, or Doug Sahm, and Tweedy digs out an off-kilter chicken-pickin guitar solo to round it out.

Like Warm and Warmer, Tweedy’s requires a bit of patience to crack open. The songs tend to seep in slowly, but it’s worth the effort to burrow into them: Beneath that low-key exterior, Love Is the King displays luminous depth from a veteran songwriter who continues to grow into his craft.

Eric R. Danton has been contributing to Paste since 2013, and writing about music and pop culture for longer than he cares to admit. Follow him on Twitter or visit his website.