I Am Dead Is a Celebration of Life 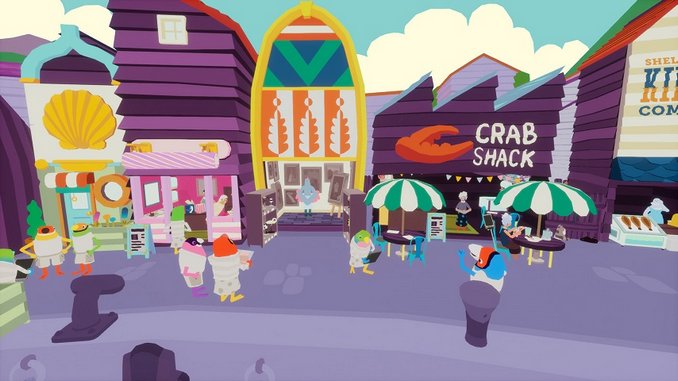 They say that the details of our lives are like living room furniture. As we age, our memories are like decor, interchangeable and reinvented with each new configuration. Over the years we work with the same pieces, occasionally adding and subtracting new ones, all the while making microadjustments until they’re in just the right place. With just a few moves, we see how that same old footstool or throw rug can seem fresh and new again.

I Am Dead is a collection of stories about the residents of a volcanic island town. Former museum curator Mortimer, recently deceased, is tasked with finding a new spiritual guardian for the island, someone who will look after the land and its inhabitants from the afterlife. As Mortimer visits the hangouts and haunts of his old neighbors, he probes their memories with the help of his beloved dog Sparky, learning much about those who passed on before him. Analyzing their cherished possessions, and the events that inspired their significance, he finds a renewed sense of devotion and purpose in pursuit of someone who will love and cherish his home, as he has.

I Am Dead indulges one of the most delicious experiences in gaming: the satisfaction of snooping through someone else’s stuff. As Mortimer collects stories from people who knew the deceased, each anecdote is tied to an object that must be found in the environment surrounding that particular memory. Anything that sets the scene is fair game. Items can be turned and flipped and zoomed in on, and their interiors fully examined. Mechanically, it is similar to other games like Vignettes or Empty, where the goal is to “find” objects by manipulating the perspective of the environment. But the tales of each character, too, require interrogative finesse. The panel illustrations that make up each story are jumbled, only coming into focus as their slider bar pulls the picture into view. The combination feels a bit like narrative hide and seek, where the answers can only be found with a bit of proactive effort. Whether it’s a bad first impression or a closed cabinet drawer, a little coaxing always reveals something more.

At the heart of I Am Dead is the puzzle of perspective. How do you summarize an entire person when they can be seen from so many points of view? Not all the memories of the island’s deceased are fond, and few are perfect. The people themselves are complicated, sometimes misunderstood. But there’s a revelation in that lack of consensus. The truth about each of us, like the game’s illustrations, is nebulous, and something inbetween. Perspective is what we gain as we grow or establish distance, this is true both figuratively and literally. Maybe it’s only with the combined observations of everyone we’ve impacted that a full picture of ourselves can come into view.

I Am Dead has a curious name for a game so celebratory of life. The title is stated so plainly it almost betrays the value placed on its characters’ lives. Ultimately though its comment on personal legacy reminds us that how we see ourselves, and others, is but one piece of a greater picture. One that changes with every new angle.

Holly Green is the editor-at-large of Paste Games and a reporter and semiprofessional photographer. She is also the author of Fry Scores: An Unofficial Guide To Video Game Grub. You can find her work at Gamasutra, Polygon, Unwinnable, and other videogame news publications.