Greenlink is now enlisting its bus drivers to fight human trafficking, with the help of a $20,936 grant from the Federal Transit Administration.

The grant is a part of a $5.4 million Human Trafficking Awareness and Public Safety Initiative awarded to 24 organizations across the country. The goal of the initiative is to fund projects that help prevent human trafficking and other crimes on public transportation. 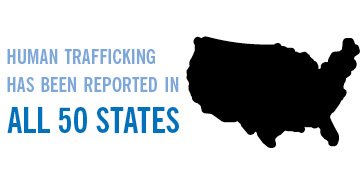 “Our bus drivers are on the front lines interacting with our customers and the public every day,” Keel said. “Equipping them with the knowledge and proper reporting process will help increase safety for our community.”

Human trafficking has been reported in all 50 states, with the number of victims in the country estimated to be in the hundreds of thousands, according to the American Bus Association. Human traffickers often use bus terminals and bus stops as recruiting areas when looking for vulnerable people, particularly minors and young adults, according to the ABA.

The National Center for Missing and Exploited Children estimate that one out of seven runaways becomes a victim of child sex trafficking.

“Human traffickers use busing to transport their victims to locations where they’ll be sold,” the ABA said in a statement. “Human traffickers are counting on busing employees to be ignorant of the signs to look for and the questions to ask, which would help spot victims in transit.” 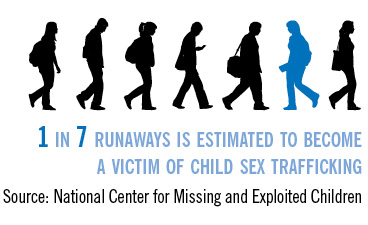 The new grant to fight human trafficking will launch an 18-month campaign that includes:

The initiative from the FTA is just one aspect of a broader effort to undermine human trafficking, an industry that generates an estimated $150 billion worldwide, according to a report from the Department of Transportation Advisory committee on Human Trafficking.

In 2018, President Trump signed into law the “No Human Trafficking on Our Roads Act,” which bars a person from operating a commercial motor vehicle for life if they are found to have committed a felony involving human trafficking, which includes paying for sex acts.