Keep me motivated by donating to https://paypal.me/thisisbutter

Enjoy.
——————–
A community activist is calling for a Greenville County Sheriff’s deputy to be fired after a video was released from a 2019 arrest that shows the deputy shutting a car door on a handcuffed man’s head.

The Greenville County Sheriff’s Office said in response that it only investigates disputed incidents if a person who was involved files a formal complaint.

On Tuesday, the man involved in the incident submitted a hand-written statement calling for actions to be taken in light of his excessive force allegations. Activist Bruce Wilson emailed the one-page statement from the man to Sheriff Hobart Lewis, Capt. Jeff Long of the Greenville Police Department and Maj. Cliff Weir of the State Law Enforcement Division.

“I was beaten, assaulted and threatened by Greenville County Sheriff’s Officers. I was punched in the face with handcuffs, and at the arrival of the detention center, the threats, assaults continued,” Stephon Hopkins wrote in his letter. “Officer Walters dragged me out the patrol car and then used the door of his patrol car and slammed it on my face/head.”

Hopkins, 31, of Greenville, pleaded guilty to resisting arrest after an incident on April 22, 2019, according to court records and arrest warrants. Other charges of interfering with officers serving warrants, assaulting a police officer while resisting arrest, failure to appear after release for a misdemeanor and hindering an officer, were dismissed.

The portion of Sheriff’s Office body camera video shared with The Greenville News by Wilson shows a deputy parked outside the Greenville County jail with Hopkins in the back seat. In the video, Hopkins is seated while handcuffed and the back passenger-side door is open. Hopkins can be heard using explicit language and claiming the deputy used his handcuffs to punch Hopkins in the face as if he were using “brass knuckles.”

The News has been unable to verify what happened prior to when the video begins.

The Sheriff’s Office declined to comment specifically on the events seen in the video and encouraged Hopkins to file a formal complaint — either in person or by phone — in order to request an investigation into the deputy’s actions.

The deputy can be heard requesting backup to help get into the jail. He then can be seen grabbing Hopkins before backup arrives in an attempt to pull him out of the patrol car. Hopkins, who is Black, resists. The deputy, who is white, then grabs one of Hopkins’ pant legs to pull him out of the car and slides Hopkins onto the pavement.

Then, while Hopkins’ head is against the car-door frame, the deputy appears to close the door onto Hopkins’ head.

Lt. Ryan Flood, a spokesperson for the Sheriff’s Office, said the emailed hand-written letter does not equate to Hopkins personally walking into the Sheriff’s Office and speaking with investigators, or calling them by phone, to lodge a formal complaint. He said that process is important so that proper questions can be asked.

“By all means, if we ever saw something to be criminal in the course of our duties, we would address the issue by contacting an investigating agency such as SLED,” Flood said. “If we don’t identify an action at first glance as criminal but a complainant is nonetheless disputing the actions of the deputies, then we would request for them to come speak to our Office of Professional Standards so that they can investigate the incident in its entirety.”

Wilson said the incident represents a clear case of excessive force, and he called on the Greenville County Sheriff’s Office to fire the deputy immediately.

The deputy was identified through court records as Sgt. Jacob Walters. Walters came to the Greenville County Sheriff’s Office in 2007, according to records from the state Criminal Justice Academy.

Walters did not immediately respond to a phone call and email seeking comment. 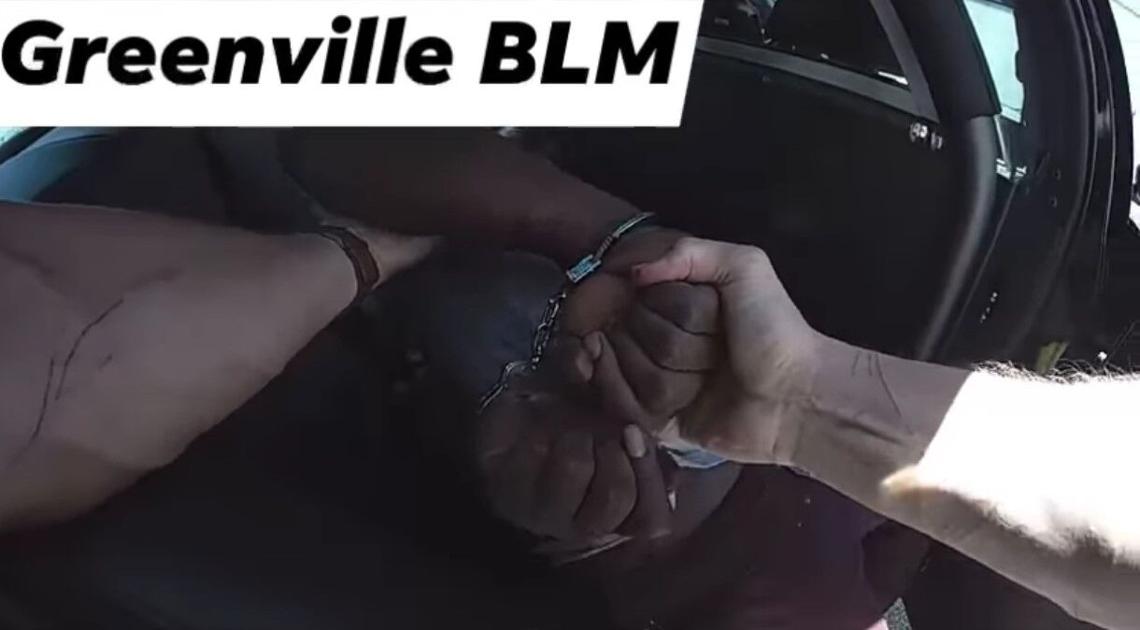