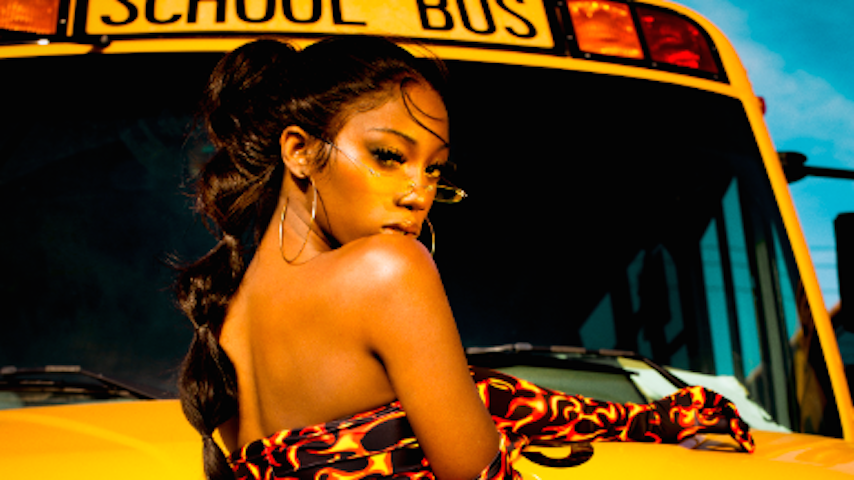 The fact that Mobile, Ala. is a great hip-hop city is not news. Artists like OMB Peezy and Yung Bleu (who is also featured on this list) have released plenty of hits in the last few years, shining a spotlight on the budding rap scene in their hometown. In 2020, however, another Mobile artist has been drawing all kinds of attention. Mobile-born rapper Flo Milli is on her way to superstardom following the release of her addictive debut album Ho, why is you here? in July. The record has produced several buzzy hits, including “In The Party.” With all eyes on Milli, it feels like a good time to explore a few other rising names in rap from Alabama. With a close proximity to hip-hop mecca Atlanta, Alabama can sometimes get lost in the shuffle in conversations about rap music. So consider this a tiny little moment for Alabama rap to get its due. This list is not complete, but we hope it can serve as a primer of sorts for some of the best and soon-to-be biggest Alabama rappers you need to know in 2020.

23-year-old Alabama-born rapper Chika shared a new single last month titled “U Should.” The single is featured in a new Netflix film, Power Project, which was released on Aug. 14 and features Jamie Foxx. “U Should” follows her debut EP, Industry Games, released earlier this year. After modeling as the face of Calvin Klein’s #MyCalvin campaign in 2019, Chika released her debut single, “No Squares.” Most recently, LeBron James recruited Chika to perform her track “CROWN” on his Graduate Together TV special. —Lia Pikus

Flo Milli sings or says the words “That bitch” countless times on her debut album Ho, why is you here? (which, by the way, is just an absolutely incredible name for a debut album). But nowhere does the Mobile, Ala. rapper sound more certain of that status than on the actual song “Like That Bitch.” In what has to be one of the best lyrics of the year, Milli raps, “All they do is talk shit like a toilet with some lips / Bitches hatin’ ‘cause I’m rich, ho you broke, you need a fix.” Flo Milli has graduated from viral hits to pure hip-hop finesse on Ho, why is you here?, and in the process she has supplied one of the most addicting rap albums of 2020 so far. She exudes confidence and honesty and is unapologetic all the while (see the calypso drums-infused “Not Friendly,” where she raps “Fuck that I don’t wanna choose / Lose one bounce back with two / I can’t love you, baby, you a fool”). Flo Milli has my full attention with Ho, why is you here?, which is extraordinarily tight and precise for a debut (it’s only 30 minutes, too). There’s no telling what she’ll do next. —Ellen Johnson

The 20-year-old Birmingham native Luh Soldier may appear like a heavy-hitter in his new music with fellow B-ham artist Big Yavo, but, in reality, he’s still an up-and-comer. He initially gained fame for some pretty impeccable freestyles shared on his Instagram page a few years ago. Now, he’s signed to Cinematic Music Group and steadily gaining traction in Alabama hip-hop circles and beyond. Following projects like Out on Bond, Soldier Mentality and Naw FR, Soldier just last month released Gorilla Warfare, a short, eight-track collaborative project with Big Yavo. Both artists are behind efforts to increase visibility on Birmingham’s burgeoning hip-hop scene. —Ellen Johnson

Hailed by Rolling Stone as “southern rap’s prince of samples,” Rylo Rodriguez is another intriguing rising star from Mobile who, through creating new magic out of old samples from modern-day artists such as Tamia and Leon Bridges as well as vintage clips, has quickly risen in the ranks of Alabama rap. Most notably, the 24-year-old takes inspiration (and samples) from Mariah Carey’s 1996 hit “Always Me My Baby” on his smooth and hypnotic single “Project Baby.” His songs are one thing, but Rodriguez also racks up millions of views on his YouTube page, where he publishes narratively creative videos regularly. He recently signed to Lil Baby’s Pockets Full imprint and was also featured on the Atlanta star’s song “Forget That.” —Ellen Johnson

Young Bleu has been a fixture in the Mobile scene for years now, and this year he released his latest project, Bleu Vandross 3, which features a stacked list of fellow Alabama artists. Mobile-based artist NoCap guests on “Dead & Famous,” while Flo Milli (as well as Memphis rapper Yo Gotti) appear on “Good.” Rylo Rodriguez (who also appears on this list) brings heat to “Everytime I Blink.” Bleu has continued to prove himself as a dynamic and dedicated artist who, even in rapidly increasing fame, always finds a way to support and work with other rising artists from his home state. —Ellen Johnson